Nyaay: The Justice is an 2021 Indian Hindi-language biographical drama film. The film is directed by Dilip Gulati and produced by Sarla A. Saraogi and Rahul Sharma. The film features Zuber K. Khan and Shreya Shukla in the lead roles. The film is being made under the banner of Vikas Productions.

The film revolves around a boy called Mahinder Singh who comes to tinsel town with the youthful innocence and exuberance associated with small towns. His sheer perseverance, dexterity and histrionics makes him earn the admiration of both critics and fans. His intellect, the choice of scripts not only makes him lock horns with the high and mighty but also a thorn in their flesh.

The film follows his story in the film industry.

Nyaay: The Justice, which is inspired by the life of late actor Sushant Singh Rajput, has wrapped up its final schedule in October 2020. It is slated to release on 11 June 2021, after initially being projected to release in April 2021.

Ahead of Sushant Singh Rajput’s first death anniversary on June 14, the films based on his life came into the limelight recently with Delhi High Court dismissing the late actor’s father KK Singh’s petition against the ventures. One of the films that received a breather was Nyay: The Justice. While the makers of the movie initially planned to release the movie on Friday, they have just unveiled the trailer amid SSR’s fans venting their ire against the film on IMDb.

Nyay: The Justice is filled with numerous references to the real-life details of Sushant and his death and the production value appears below-par. While the teaser of the movie had focused on the protagonist (played by Zuber K Khan) Mahendra Singh’s achievements as a star, his philanthropic side and love for family and friends, the trailer delves into his relationship and death.

The ‘death of a star’ is reported and visuals of a ‘green cloth’ are shown.

His father, played by veteran actor Asrani, is shocked about reports that his positive-thinking son could go into depression. His father alleges that Urvashi, character loosely based on Rhea Chakraborty, played by Shreya Shukla, is responsible for the death. He also alleges misappropriation of funds from his late son’s accounts.

Mahendra and Urvashi are then seen in a live-in relationship, is filled with moments of intimacy. However, after the protagonist’s death, she gets grilled by the police and she later reveals that he was ‘mentally and physically ill.’

Then enters the chiefs of the three investigating agencies, based on CBI, ED, and NCB, played by Sudha Chandran, Aman Verma and Shakti Kapoor. Right from throwing water on the face, alleging consumption of drugs to talking about ‘deceit, murder, suicide and a cover-up plot’, there is ‘intense grilling.’

As per reports, the makers will decide on the release date depending on the government guidelines regarding opening of theatres and the capacity being allowed. Depending on that, they could opt for an Over-the-Top release.

Meanwhile, ‘SSRians’ attacked the IMDb rating of Nyay: The Justice. They gave it the lowest rating 1/10, resulting in the lowest 1.0 rating, after over 650 persons rating it. Previously, the fans had also fumed when the posters and teaser had been released. 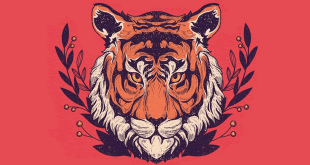