Set in the 1980s and 1990s, the story shows changing faces of Mumbai people by closing mills to make malls and high rise buildings. Principal shoot commenced on 27 August 2019 and the film is set to release on 19 March, 2021.

This films soundtrack is composed by Anu Malik, one song has already been recorded it was sung by Shashwat Singh and Atif Aslam it was written by Kumaar. The rights for the music are bagged by T-Series. The lyrics for the songs are written by Kumaar, Shabbir Ahmed and Amitabh Bhattacharya. Tanishk Bagchi was announced to compose two songs for the film.

Just when I thought Bollywood’s obsession with heavy-duty action dramas in which the hero single-handedly beats up 20 men was wearing off, in came Mumbai Saga. If I could just suggest a new title for this Sanjay Gupta film, it would be ‘Dishoom and Dishkiyaoon’, because that’s what it is all about. You take your eyes off the screen for five seconds and somebody gets shot through the chest.

The first 20-30 minutes are nothing but John Abraham fighting bad guys, with his face smeared red – sometimes with splashes of blood, and other times covered in red chilli power. But if you’re not the sort of person who likes to watch blood and gore for two hours, then Mumbai Saga can be a headache-inducing experience.

Inspired by true events, Mumbai Saga is set in the 90s, when Mumbai was Bombay — the land of Bhaus and Bhais. The film narrates the story of a common man, Amartya Rao (Abraham) who resorts to violence and turns into a menacing gangster who takes on the mafia, corrupt politicians, cops, and local goons, to safeguard his younger brother Arjun (Prateik Babbar), after Arjun is nearly killed by a gang.

It’s hard to overlook the ‘swag’ of the film’s predominantly male cast. Suneil Shetty appears in a short yet impressive cameo as Sada Anna; Gulshan Grover stars as Nari Khan, Rao’s closest aide; Amole Gupte shows up as the cunning gangster Gaitonde; and Mahesh Manjrekar plays Bhau, the kingmaker. All these men, together, add a lot of gravitas to the story.

Abraham has effortlessly carried the film on his shoulders. Emraan Hashmi as encounter specialist Vijay Savarkar is on point. Hashmi’s face-off scenes with Abraham are quite ‘paisa vasool’.

Babbar, Rohit Roy, and Samir Soni also have decent parts to play and do a fairly good job. I wish the only two women on the roster – Kajal Aggarwal and Anjana Sukhani – also had something more to offer in this male dominated screenplay. They’re mere spectators. I also liked the endearing brotherly bond between Abraham and Babbar. However, in scenes with Aggarwal, Abraham seemed to struggle a bit to let his emotional side take over.

Writer-director Gupta very consciously gives screen time to each of his characters. For that matter, even the one special song and dance sequence – Shor – featuring Yo Yo Honey Singh, is quite nicely shot and makes you groove.

So if you’ve followed Gupta’s earlier gangster outings – Shootout at Lokhandwala and Shootout at Wadala, you’ll likely enjoye Mumbai Saga, too. If not, watch it as an experiment and you may just end up liking it because there’s not much to complain about. 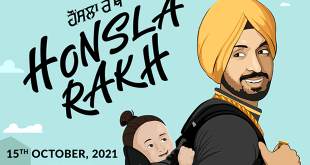