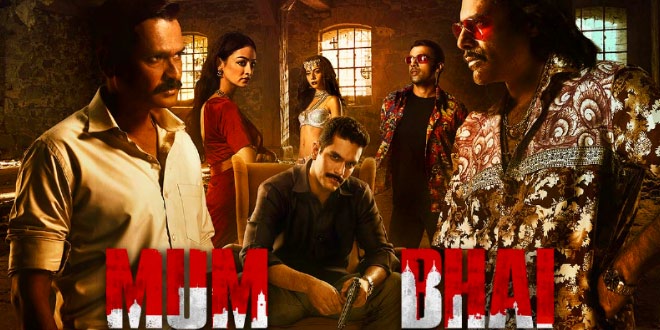 India’s popular OTT platform Zee5 and AltBalaji are working on Mumbai based drama, crime and thriller based web series Mum Bhai. According this web series shooting started and very soon first look and trailer will be out. It cast includes Priyank Sharma, Angad Bedi and Shikander Kher.

The upcoming crime drama series Mum Bhai will take viewers into the Mumbai underworld and the story will revolve around the relationship between a tough cop and a powerful criminal. Here are some of the actors who will be seen in this upcoming series on ZEE5, produced by Ekta Kapoor and Alt Balaji.

Mum Bhai is the story of the no-nonsense encounter specialist named Bhaskar Shetty. He is tasked with a case that involves the underworld’s biggest Don. The show will also feature the rise of this Don and how from the streets of Mumbai he became one of the most feared persons in the world.

STORY: It is the story of Bhaskar Shetty (Angad Bedi), who emerged as a top encounter specialist in Mumbai, and his passion to rule the city on his terms.

REVIEW: Crossing two decades, from the 1980s, when gang wars and shootouts were making headlines in Mumbai, to the early 2000s, we follow a young Bhaskar who was raised by his mother in Mangalore. However, one day Bhaskar injures his class teacher who touches his mother inappropriately. Post that incident, he comes to Mumbai where Rama Shetty (Sikander Kher), a small-time criminal, mentors him. Rama gave him a janitor job in a restaurant assuming that he will be of some assistance in the future. However, Bhaskar grows up to join the Mumbai Police force, where he is soon inducted into the Anti-Terrorism Squad (ATS) under the leadership of officer Karekar (Sameer Dharmadhikari), who beliefs in the controversial policy: ‘no arrest, shoot first and think later’. Having risen the ranks and gained popularity as an encounter specialist, will Bhaskar be able to make his department proud by making Mumbai a crime-free city again? Or will he end up swimming in the pool of foes within the city and his department?

This 12-episode series, directed by Akshay Choubey, is engaging and the best part is the way he incorporates the voice-over (by Sharad Khedkar) to make the narrative consistent. It’s the action sequences that disappoint as it restricts itself only to gunshots and there are no good cop-criminal chases and even good action scenes. Akshay lends additional support to the screenplay along with his team of writers – Apoorva Lakhia, Chintan Gandhi, Chintan Shah and Raj Vasant – and together they have nicely penned down the story of an arrogant and power-hungry police officer with a license to kill, who allies with journalists, politicians and gangsters for his aspirations. But, the transition between the past and the present timelines isn’t smooth enough and makes the narrative slow and tedious to watch. The set is designed such that it is hard for viewers to imagine they are watching a web series straight out of the 80’s. Nonetheless, the title track ‘Aa Gayele Mumbai Ke Asli Bhai Log’, with a dash of Marathi rap, is hummable.

With perfect expressions, Angad steals the show as Bhaskar. His transformation from a teenager hailing from a small village in Mangalore, who ends up o the streets of Mumbai and eventually becomes an ATS officer, is seamless. He was even named ‘ATS ka Kumble’ and he justifies the title with his actions. Sikander’s character has two sides – a terrifying gangster, who doesn’t think before shooting anybody, and another one is Bhaskar’s Rama Anna, who always supports Bhasker and makes him street-smart. Sikander is outstanding in playing both the parts. Sameer Dharmadhikari as Inspector Kharekar and Sandeepa Dhar as Vaishnavi have their own ways of pushing the plotline forward.

Movies like ‘Once Upon a Time in Mumbai’ and ‘Shootout At Lokhandwala’ have set such high standards in this genre that one can not help but compare ‘Mum Bhai’ with these films. Having said that, it lacks the thrills of a gang-war series and limits itself to just showing how a good cop turns into a dirty one. In a nutshell, it’s a one-time watch series, especially because of its performances.