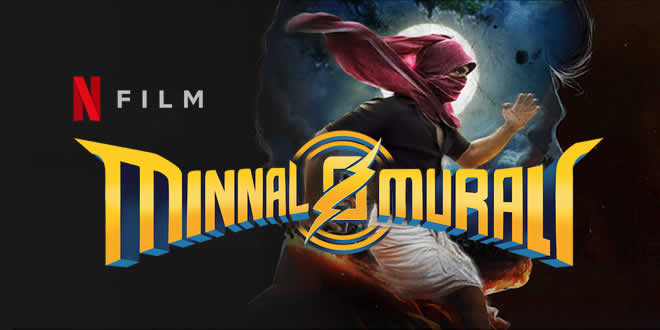 Jaison is a tailor who gains superpowers after being struck by lightning but must take down an unexpected foe if he is to become the superhero his hometown needs.

Minnal Murali is an upcoming 2021 Indian Malayalam-language superhero adventure film directed by Basil Joseph and produced by Sophia Paul, under the banner of Weekend Blockbusters.

The film was set for a theatrical release in late-2020, but was postponed multiple times due to the COVID-19 pandemic. In September 2021, the makers announced that the film will be released directly through the streaming platform Netflix on 24 December 2021, as a result of non-existent theatrical releases due to COVID-19 pandemic. The film will be dubbed and released in Tamil, Telugu, Kannada, Hindi languages.

The film’s soundtrack is composed by Shaan Rahman, while Sushin Shyam composed the background score.

Up until recently, whether India could ever make Hollywood-like special effects-driven blockbusters, which also makes massive profits globally, was a big question. Telugu director SS Rajamouli answered it successfully with his Baahubali films, the quality and commercial success of which gave Indian filmmakers confidence that they, too, could roll out homegrown spectacles.

Set in a semi-rural Kerala town, Minnal Murali follows Jaison (Tovino Thomas) who develops superpowers after getting struck by lightning. All is well until Jaison finds his nemesis in Selvan (Govind Somasundaram), another man in the town who was struck by lightning on the same night.

Before Minnal Murali, Indian excursions into the superhero genre had yielded middling results. From the embarrassingly tacky Krrish films from Bollywood to Mysskin’s 2012 Tamil film Mugamoodi, the major problem with Indian superhero cinema appeared to be our directors’ uneasiness in combining Indian mainstream cinema’s idiom with the logic of superhero films.

In Minnal Murali, director Basil Joseph, and his writers Arun Anirudhan and Justin Mathew, bypass this problem by not attempting to make their superhero story gritty but taking a tongue-in-cheek approach to the genre. This approach was previously seen just once in Indian superhero cinema.

In Remo D’Souza’s 2016 Bollywood film A Flying Jatt, Tiger Shroff may have been a superhero, but his strict mother would also have her son occasionally bring home groceries after fighting crime. Unfortunately, D’Souza abandoned the rooted charm of the story and went full Hollywood by bringing in a White villain, concerns about environmental pollution and so on.

Minnal Murali determinedly stays rooted through its 158-minute runtime. Despite having universally appealing themes for fantasy and superhero genre lovers, the Minnal Murali’s milieu and characters are always strictly local, which is the highlight of contemporary Malayalam cinema that has gained countrywide appreciation.

The semi-rural setting, where nobody’s aware of the concept of a superhero, gives Minnal Murali a fable-like quality. This fantasy is heightened by the absence of any clear sign of the time in which the film is set. There are no mobile phonesA television appears early in the film to help set up the film’s premise, but the broad attempt is to create a time and space enclosed from most markers of modernity, which is a superb idea.

If this is a world where nobody can comprehend what a superhero is, and nobody has any connection with the world outside, quite naturally, the superhero saga becomes the town’s private, strange little joke. The writers consistently mine comedy out of this small-town setting, its eccentric characters, and the townspeople suspecting one another of being the costumed crusader.

Tovino Thomas, one of Malayalam cinema’s brightest young actors, plays Jaison with a giant heart and good cheer. Guru Somasundaram is impressive as the town’s social outcast who goes full Joker by the end. Thomas’s likability and Somasundaram’s menacing presence collide to produce a solid good-versus-evil story. Baiju Santhosh, as the town’s superintendent of police, and Femina George, as the local karate teacher, are entertaining. 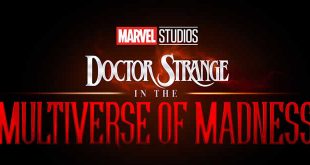 Doctor Strange in the Multiverse of Madness: 2022 Hollywood Superhero Film