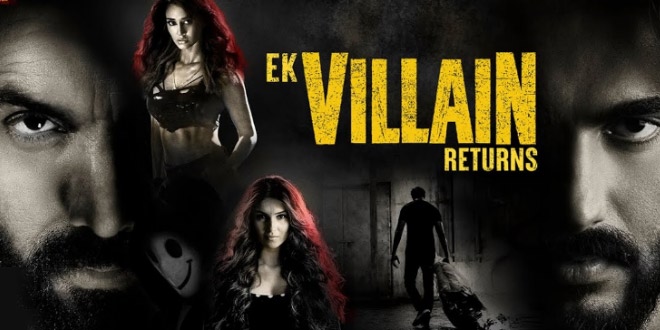 8 years after Rakesh Mahadkar reigned terror on Mumbai, another serial killer has taken birth. More brutal and more dangerous but one that uses the same cover, the Smiley Mask. Ek Villain Returns is the story of two men in one sided love. The paths they choose to fulfill their love stories decide who the Hero is and who is the Villain.

Ek Villain Returns is an upcoming Indian Hindi-language action thriller film written and directed by Mohit Suri, that serves as a spiritual successor to the 2014 film Ek Villain. It is produced by Shobha Kapoor, Ekta Kapoor, Bhushan Kumar and Krishan Kumar under the banners Balaji Motion Pictures and T-Series. The film stars John Abraham, Arjun Kapoor, Disha Patani and Tara Sutaria in the lead roles. It is scheduled for theatrical release on 29 July 2022.

Aditya Roy Kapur was originally signed for the role portrayed by Arjun Kapoor, but later backed out due to creative differences with Mohit Suri.

Principal photography began on 1 March 2021. Abraham finished shooting in October 2021. The entire film was wrapped up on 24 March 2022.

The song “Galliyan Returns” was recreated from the track Galliyan for the 2014 film Ek Villain which was sung by Ankit Tiwari and written by Manoj Muntashir. The second single named “Dil” was released on 8 July 2022. The third single titled “Shaamat” is released on 16 July 2022 with Tara Sutaria making her singing debut.

By the time one reaches the interval of Hindi film Ek Villain Returns, one realizes that the plot is the real villain!

Ek Villain has returned. It comes from the same stable – Mohit Suri gets back on the director’s chair, Ekta and Shobha Kapoor retain the producers’ place, while Bhushan Kumar and Krishan Kumar join the team. The plot remains the same: a serial killer with a mask, who targets women.

The story opens with a spoilt brat Gautam Mehra (Arjun Kapoor) carrying on with his dialogue kamane wala mera dad, udane wala beta bad and histrionics. In comes a wanna-be singer Aarvi Malhotra (Tara Sutaria). The duo fights and then makes up, and then fights. Meanwhile, 15 girls have been murdered by a serial killer, who is considered to be dil tute ashiqon ka masiha, leaving no evidence, no trace. This killer wears a mask a la Joker.

Only, it’s a yellow smiley! The police force is after the killer, Gautam being the masked killer being the stance. But before the interval, it is revealed that it’s a taxi driver Bhairav Purohit (John Abraham), who has been behind the mask and the killings.

After the interval, the plot reinvents itself a few times, only to confuse viewers further! When not killing, Bhairav also tries to win gold-digger Rasika (Disha Patani).While one may enjoy a twist, others serve no purpose whatsoever.

Sound design of the film is good as is the cinematography. Action sequences are shot well. But whosoever thought of casting John Abraham as a taxi driver, kudos to him or her!

In fact, Arjun Kapoor plays the part coming his way. Disha Patani gets some extended screen time in the second half and does what the role written for her demands — flummoxing the viewers! Tara Sutaria gets some scenes in the beginning. One notices actors Shaad Ali and JD Chakravarthy as cops trying to do their duty, but are drowned in the din without a trace.

And, what fails? Well, the film, and we found the real villain – it’s the plot! Goes without saying and yet needs to be said – weak direction. Unfortunately, this franchise outing, if you may call it that, neither takes the story nor the music any further. 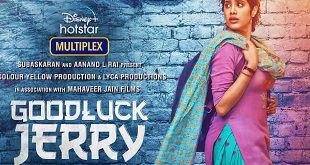