The Principal photography commenced on 1 December 2020 in Mumbai.

In one of the scenes in Rensil D’Silva’s Dial 100, Nikhil Sood (Manoj Bajpayee) tells his junior, “Jab 100 number dial karte hai log, kahin na kahin maddat ki umeed hoti hai logon mein.” In a similar way, when you dial the number of this Manoj Bajpayee-Neena Gupta starrer, you expect it to keep you on the edge of your seat with his twists and turns. Sadly, the makers fail to stick to their promise.

Dial 100 unfolds on a rainy night with police officer Nikhil Sood (Manoj Bajpayee) beginning his shift in the Mumbai Police Emergency Call Centre just like any other day. Eventually, we learn that his personal life is in turmoil owing to his wife’s strained relationship with their teenage son Atharva.

While juggling between his wife’s constant phone calls and ‘chai-vada pav’ sessions with his teammates, Nikhil ends up taking a distress call from a hysterical woman who wants to end her life owing to a personal tragedy.

When the mysterious caller gets a bit too personal, Nikhil realises that he has to race against time to make sure that the world doesn’t get to know about a dark secret that might endanger the lives of his loved ones.

When it comes to making a film which revolves around a night, the writing has to be razor sharp to keep the audience glued to the screen. Unfortunately, Manoj Bajpayee-starrer Dial 100 begins with a whimper. For a major part in the first 15-20 minutes of the film, director Rensil D’Silva relies heavily on the audio rather than the visuals. Further, the boring dialogues coupled with the slow-paced narrative add more to your disappointment. Few minutes more into the film and you can smell the big reveal from a distance. Once D’Silva lays down his cards, there’s barely any confusion around how this ‘call’ would end! Minus any thrills and logic gone for a toss, your conversation with Dial 100 is barely without hiccups. It’s a pity that the filmmaker barely manages to utilise seasoned talents like Manoj Bajpayee and Neena Gupta in this crime thriller.

Manoj Bajpayee as the middle-class guy who has failed both as a husband and a father, adds gravitas to his role with his sincerity even when the writing doesn’t do justice to his acting prowess. Neena Gupta gives you the creeps in the beginning as the unpredictable Seema Pallav. But alas, that fun doesn’t last for long. Once her character’s motive is revealed, it’s all things poker-faced and mechanical; blame it on the lazy writing. Sakshi Tanwar shines in the scene in which her character breaks down post a tragic incident. The rest of cast are good in their respective parts.

Anuj Rakesh Dhawan’s camera work is decent. A little experimentation from his side would have added some depth to the weak story-telling. Editor Asif Ali Shaikh keeps the film short with a runtime that’s barely two hours.

Thankfully, the makers have avoided the temptation of inserting any songs in this crime thriller. Resul Pookutty has nothing out of the box to offer in the background score department.

Despite having a bunch of talents, director Rensil D’Silva serves you revenge gone stale. For all those looking for engaging narrative and interesting twists in this film, dial D for disappointment! 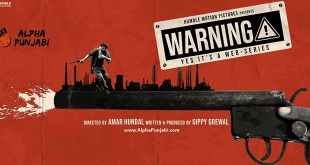