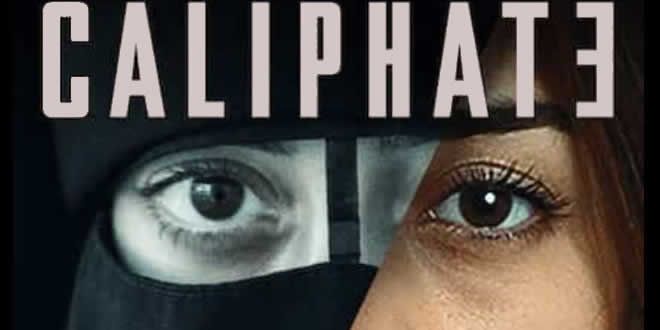 Agent Fatima gets a tip that a terrorist act is planned in Sweden. At the same time, the teenager Sulle has opened her eyes to her student assistant who opens the doors to a new fascinating world.

Netflix’s recent offering Caliphate is a series that you would have discovered anyway, even if stepping out of the house didn’t involve the state and invite legal ramifications. Now the story, we mean the series, created by acclaimed Swedish producer Wilhem Behrman, does a good job of breaking several cliches starting from the women at the center of all the three plot-lines that collectively highlight how ISIS brainwashes young women, radicalizes them enough to sport a hijab, marry the ‘fighters’ and run away to Syria – a process that starts with identifying the young women (in fact, the younger the better, 15 and school-going if you must) narrowing down to those vulnerable and naive.

You know the creators have done their job well, if you feel scared, hopeful and also vengeful for one of the principal characters Pervin (played exceptionally well by Swedish actress Gizem Erdogan), a Swedish Muslim woman who committed the suicidal mistake of running away to Syria after marrying an ISIS fighter. Helping Pervin and her infant daughter Latifa get out of the abusive ISIS-controlled apartment, in return for spying on her husband Husam, is agent Fatima.

Even though Caliphate is just what binge-watchers dig for, some of the details have been compromised in the chase for a racy plotline. For instance, the conversion of a school-going Swedish girl to a hijab-wearing woman ready to be transported to Syria through underground channels is a bit too sudden and unconvincing.

In fact, in a span of a few scenes and two episodes, one such ISIS recruiter, Ibbe (Lancelot Ncube), has as many as three young girls fed on anti-Western propaganda, starting with audio visual theories on how 9/11 was something long planned by CIA to allow them target all of the Muslim world.

In fact, with one of the girls, the only catch here is, abusive father. Suddenly, the only things she’s ever wanted are; “one to get married. And two to take revenge for all the wrong that’s happened to Muslims all over the world.”

But the script brings forth fresh perspectives too; the families of girls that are left behind devastated, those involuntarily trapped in conflict-ridden world. If a woman in ISIS-controlled Raqqa loses her husband, mourning for him is the least of her concerns. She is worried about being locked up in the House of Widows and then married off further. From a classroom in Sweden, office of the Swedish Security Council or a mother in Syria putting her infant to sleep, there is a sense of foreboding in several scenes and not just background music. Shuttling back and forth amidst is another plot-line, a bomb about to go off in Sweden. We leave it at that. Grim, dark, dreadful, but above all nail-biting, Caliphate might just highlight problems bigger than coronavirus!