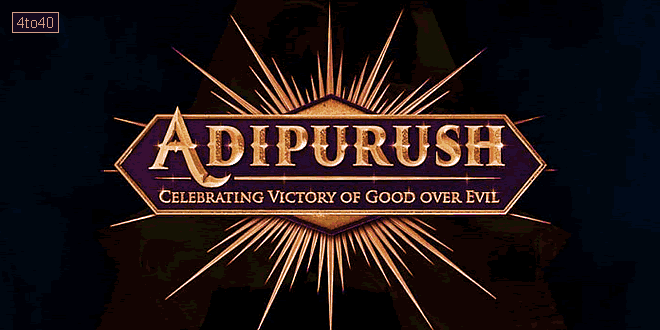 In Hinduism, Lord Ram is also addressed as Adi Purusha. Prabhas will be seen playing the role of Lord Rama and Saif Ali Khan will play the role of Lankesh, the demon King Ravan, in the film.

Adipurush is an upcoming Indian Hindu mythological film based on the epic Ramayana. The film is directed by Om Raut and produced by T-Series Films and Retrophiles. Shot simultaneously in Hindi and Telugu languages, the film stars Prabhas as Raghava, Kriti Sanon as Janaki, and Saif Ali Khan as Lankesh. Made on a budget of ₹500 crore (US$63 million), Adipurush is one of the most expensive Indian films ever made.

7,000 years ago, Ayodhya’s king Raghava travels to the island of Lanka when the help of hanuman’s army with an aim to rescue his wife Janaki, who has been abducted by Lankesh, the king of Lanka.

Adipurush, an adaptation of the Hindu epic Ramayana, was announced on 18 August 2020, via a promotional poster. Prabhas portrays Lord Rama under the direction of Om Raut who earlier helmed the period action film Tanhaji (2020). Om Raut was fascinated by the 1992 Japanese film Ramayana: The Legend of Prince Rama and was motivated to adapt the epic Ramayana into a film using modern technology. Raut wrote the script amidst COVID-19 lockdown in India. Prabhas immediately liked the project and the production company T-Series Films was on-board for the project.

Adipurush is one of the most expensive Indian films ever made, with a budget of ₹500 crore (US$63 million). An amount of ₹250 crore (US$31 million) is estimated to be spent on visual effects. It is shot simultaneously in Hindi and Telugu languages, and is filmed in 3D.

In September 2020, the makers revealed that Prabhas is enacting Lord Rama’s portrayal whose character name was later revealed as Raghava. Saif Ali Khan who already worked as an antagonist in Raut’s Tanhaji has been signed for the role of Ravana with the name Lankesh. After rumours of Anushka Shetty, Anushka Sharma, Kiara Advani, and Keerthy Suresh being approached for the role of Sita, it was reported in November 2020 that Kriti Sanon has been cast to essay the role; her inclusion into the film was confirmed by makers four months later in March 2021. Sunny Singh who joined the sets in February 2021 is playing Lord Rama’s younger brother Lakshmana.

Motion capture shoot for Adipurush begun on 19 January 2021. Muhurat shot and formal launch was done on 2 February 2021 in Mumbai, India. Principal photography of the movie began that day, as informed by the makers. A massive fire accident took place at the filming location in Mumbai on the same day. Duplicate sets were erected same wise due to the fire breakout. In October 2021, Saif Ali Khan and Kriti Sanon wrapped up shoot. In November 2021, Prabhas also wrapped up shoot. On 10 November 2021, entire shooting of the film was completed.

The movie’s teaser was released on 2 October 2022 on the occasion of Gandhi Jayanti. The teaser gained 69 million views and 1 million likes within 24 hours of its release and became 2nd most viewed Indian film teaser after K.G.F: Chapter 2. The teaser was heavily criticized for the quality of CGI and VFX.

Adipurush is scheduled to theatrically release on 12 January 2023 in Hindi and Telugu, along with dubbed versions in Tamil, Malayalam, Kannada. It was previously scheduled to release on 11 August 2022, but was later postponed due to the release of Laal Singh Chaddha.