A bleak psychological thriller: If you get spooked easily, you may not mind this one. However, as a psychological thriller that’s focussed on ‘one’s believes in supernatural activities only when they have faced themselves’, ’12 ‘o’ Clock’ fails to hold your attention for too long and ends up being a bit of a drag.

It is an upcoming Indian Hindi-language horror film directed by Ram Gopal Varma and starring Mithun Chakraborty, Flora Saini, Manav Kaul, Krishna Gautam and Makarand Deshpande. The film was announced as Geher, but the trailer with new title was released on 3 July 2020. It will theatrically release in India on 8 January 2021.

As Mithun Chakraborty visited Ram Gopal Varma to wish him on his birthday, rumors surfaced that RGV is making a film with Chakraborty in the lead, but RGV rubbished the rumors saying he is making a film with Abhishek Bachchan after Sarkar 3, but weeks later he announced the project with Chakraborty, a horror film starring Flora Saini, Manav Kaul and Makarand Deshpande as well. Actor Amit Sadh was also in consideration for a role. The principal photography of the film started in mid-April 2019. Actors Ashish Vidyarthi and Ali Asgar joined the project later. The film was earlier titled as Geher, but later it was rechristened into 12 O Clock, before its trailer release.

The story revolves around a young girl, Gauri, who is traumatised by the frequent nightmares she experiences on a regular basis, which often leads to sleepwalking.

The initial scenes state that random individuals are getting killed in Mumbai and there is some serial killer behind these heinous crimes. With no ties between the murders, soon enough the focus shifts to a college girl Gauri (Krishna Gautam), who has suddenly become aloof and gone quiet. Gauri starts having these nightmares and even starts sleepwalking, but her family members are unaware of these incidents. However, the recent changes in her behaviour grab everyone’s attention, especially her loved ones and a nosy neighbour. Are these symptoms of pre-exam stress? Or there is something else that is bothering this little girl forms the crux of the story.

With reasonably good actors and a story that had the material to turn into something remarkable, director-writer Ram Gopal Varma presents a half-baked broth of some under-developed characters and the not-so-convincing subplots (for instance, the equation between Gauri and her boyfriend, and that of Francis (Manav Kaul) and his wife (Flora Saini) – is confusing). In the first half one gets bored trying to figure out what is wrong with the lead character. Eventually, the latter part keeps you hooked especially when the new characters—Mithun Chakraborty as a psychiatrist, Debholay, and Manav Kaul as encounter specialist, Francis Desouza—are introduced. Overall, it’s a half-hearted effort from RGV who has previously directed horror films such as ‘Bhoot’, ‘Phoonk’ and ‘Vastu Shastra’.

Barring a scene, where you see Gauri abruptly waking up in the middle of the night and in the subsequent part where she turns her neck, the rest of it just fails to send shivers down your spine. With no major jump scares, the film gets tedious and the duration (112 minutes) seems never-ending. However, the background score by MM Keeravani (of Baahubali fame) and Amol Rathod’s cinematography is impactful in giving some spine-chilling moments that will surely keep one at the edge of their seats.

Coming to the performances, debutante Krishna Gautam is convincing as Gauri but lacks conviction as a possessed teenager. Mithun Chakraborty and Manav Kaul help in pushing the narrative forward. Makrand Deshpande as Gauri’s worried and helpless father gives a decent performance, too. Though his act was a bit off in the emotional scenes, especially when he is seen shedding tears on screen.

If you get spooked easily, you may not mind this one. However, as a psychological thriller that’s focussed on ‘one’s believes in supernatural activities only when they have faced themselves’, ’12 ‘o’ Clock’ fails to hold your attention for too long and ends up being a bit of a drag. 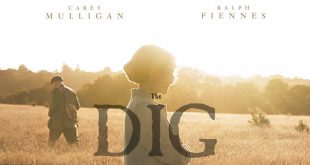 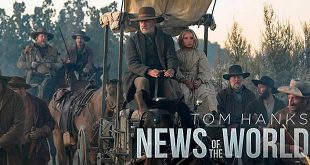