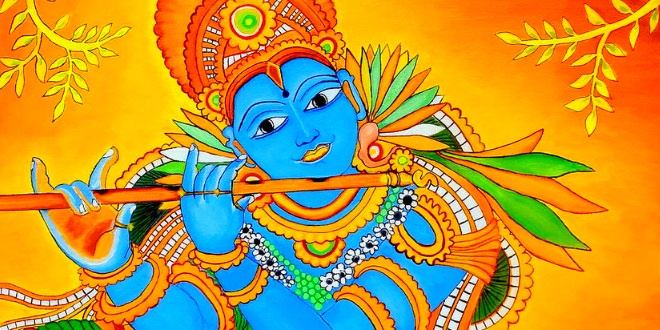 Vijaya Ekadashi is celebrated all over India by devotees of Lord Vishnu. This festival also holds prominence with life of Lord Krishna, the supreme avatar of Lord Vishnu. Perfect citations have been given in this regard in Skanda Purana making people more cognizant about their dedication towards the God. People who would like to attain salvation (moksha) by reaching the abode of Lord Vishnu directly are known to observe this fast with a lot of respect and devotion.

Hindu devotees hold Vijaya Ekadashi in high esteem because of the mythological events associated with it. King Yudhisthira once asked Lord Krishna about the importance of Ekadashi that comes at the time of waning moon during the months of February and March. In reply, Krishna informs Yudhisthira that observing vrat (fasting) on the auspicious day will be helpful in cleansing all the sins of all those who remain devoted.

Divine sage Narada once asked the same question to Lord Brahma asking about the importance of Ekadashi that comes during the waning moon time in the months of February or March. Lord Brahma replies that all those people who observe fast on the day are known to get rid of all the sins committed during the previous instances. Perhaps, it is because of the victorious result that the name “Vijaya Ekadashi” has been coined in an eventual manner for that auspicious day. Numerous people are known to throng temples in order to offer their sacred prayers to the God with utmost respect.

Lord Rama went to the forest for fourteen years of exile along with his beloved wife Sita Devi and brother Lakshmana. They led a beautiful life in Panchavati on the banks of River Godavari for some period. After king Ravana kidnapped Sita Devi and fled to Lanka, Rama created a team of monkey soldiers with the intention to cross Indian Ocean. However, it proved to be a herculean task for him to obtain the desired results. Eventually, he had to approach sage Bakadalbhya. In response, the sage informed Rama that Ekadashi is the most auspicious day to cross the ocean to which Lord Rama heeded and was able to emerge victorious over Ravana. Hence, the day is referred to as “Vijaya Ekadashi”.

It is highly believed that all those people who observe fasts or listen to victorious stories related to mythology on Vijaya Ekadashi will be able to achieve immense success for sure. In fact, they are bound to obtain the same result as that of Vajapayee sacrifice. Celebrated during the Krishna Paksha Ekadashi each year, the results obtained from this holy event are considered to be the most fruitful and successful. Apart from the day being dedicated to Lord Rama, it is possible to obtain numerous benefits to ensure that the austerity is maintained on an overall. Numerous worshipers across India are known to throng temples in large numbers for this reason.