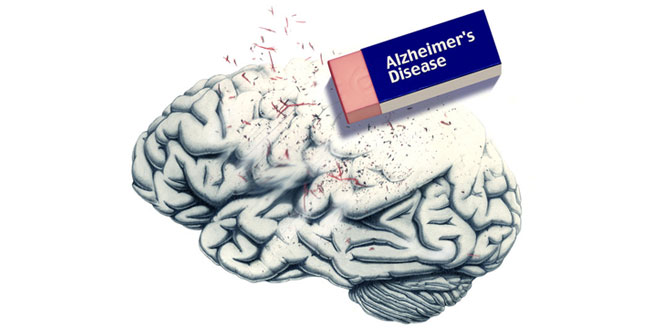 If you are in your 30s or 40s and have a family history of dementia or Alzheimer’s, now is the time to start your fight to keep the disease at bay. At least for as long as you can.

Experts say that although there is no preventive measure to escape Alzheimer’s, being socially active and adopting a healthy lifestyle early can delay its outset, maybe even stop it altogether.

“Alzheimer’s is a type of dementia, and it usually hits when one is around 60-65. If you have a family history then early lifestyle changes, at age 30-40, can delay its outset or even stop it,” said Mumbai-based mental health expert Pradeep Mahajan.

“An active lifestyle, if you are a patient, can also slow down the progression of Alzheimer’s,” he added.

Being “active” in this context has as much to do with being mentally active as it is to be physically fit. In this day and age of increasing digitisation of our lives, when we are constantly hooked to our laptops, smart phones and tabs, being socially more active, interacting with people, and getting involved in activities that push your mind to think can help one delay dementia.

Alzheimer’s disease or AD is the most common type of dementia, in which the mental ability of a person declines and gradually reaches such a stage that it becomes difficult for the individual to lead a normal life. It is an incurable disease with a long and progressive course.

According to the Alzheimer’s and Related Disorders Society of India (ARDI), over 3.7 million people in India suffer from dementia. According to doctors, this number is expected to double by 2030. A report by ARDI further says that the estimated cost of taking care of a dementia patient is Rs 43,000 annually, and will only increase in the coming years.

Sameer Malhotra, head of the Mental Health and Behavioural Science Department at Max Hospital, Delhi, said that although AD is not curable, a combination of medication along with lifestyle changes can slow down the degeneration process.

“A good diet, breathing exercises and good sleep are found to be helpful,” Malhotra said. “For someone who has been detected with Alzheimer’s, it is important to keep his or her mind engaged. Playing Sudoku has been found to be very helpful because it keeps the mental faculties alert.”

When it comes to diet, Mahajan recommends food rich in antioxidants, omega-3 fatty acids and those low on the glycemic index. Turmeric is also said to be beneficial.

He also stressed on the importance of social stimulation — actual interpersonal interactions. Isolation of the patient, doctors stress, does not work and will only hasten the degenerative process.

AD is caused because of the deposit of a protein, Amyloid, in the brain which renders parts of it — responsible for memory, thinking, calculation, and vocabulary — non-functional. The threat of the disease progressively increases with increasing age.

As the disease progresses, taking care of an AD patient can become extremely challenging and both physically and mentally exhausting. Sowmya Sahni, whose father is an AD patient, says that the worst part of the disease is to lose your loved one a bit every day.

“Someone who has raised you, who was so fiercely independent, is now dependent on somebody else to take him to the washroom, to remind him to eat his food. It’s frustrating and heart-breaking. There are times I lose my cool…and then feel guilty about it. It’s like taking care of a baby,” Sahni confessed.

Sahni decided to take help from professionals to care for her father. A full-time working woman, with an eight-year-old son to take care of, she now drops him to a day care centre for patients like him near her office and picks him up on the way back home.

Recognising the need to support care-givers in order to take better care of AD patients, non-profits like ARDI organise regular workshops and meetings for sharing experiences, talking of possible solutions and learning from each other on how to cope with various situations. It also supports day care centres in different cities across India like Bengaluru, Calicut, Delhi and Kochi.

ARDI has also been demanding that the government recognise dementia as a disability associated with the elderly so that it is at par with other handicaps and resources can be reallocated. It also demands the setting up of memory clinics at the district level for early diagnosis and management of dementia and aid to support day care.