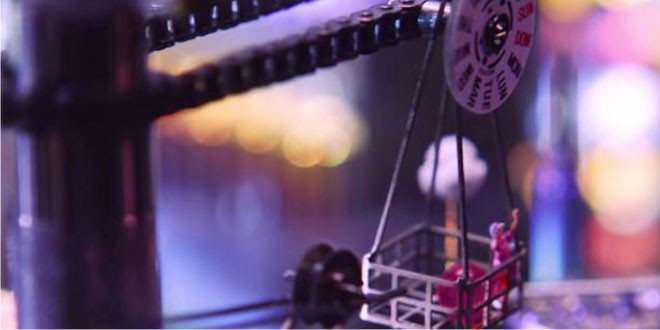 Photo: The World’s Smallest Rube Goldberg machine is composed of 1200 mechanical watch parts, the smallest being less than a millimeter in size.

The video is set to a song composed by Seiko CEO Shinji Hattori. Seiko employees wrote the lyrics and Etsuko Yakushimaru sang them.

The mini-machine is fashioned from 1200 mechanical watch parts—some smaller than 1 millimeter in size. Not surprisingly, its end goal is to add a final part to a newly made Seiko watch.

“The art of time blends the clockmaker’s artistry with 47 types and 1200 individual mechanical watch parts–some as small as 0.7 mm across! A stage setting of beautiful precision embodies our group slogan: SEIKO. Moving ahead. Touching hearts. The image song used for the background music includes the words and thoughts of Seiko’s employees.”