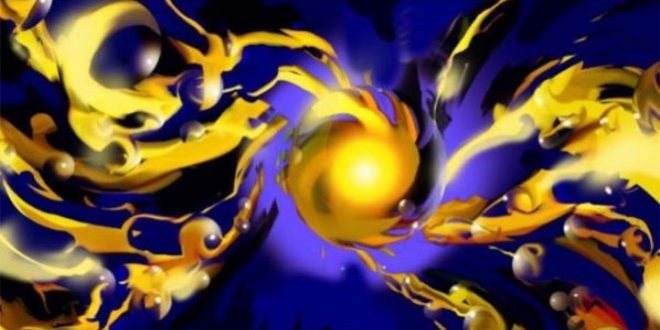 Cambridge, UK – May 10, 2016 – Researchers at the University of Cambridge have built the world’s smallest engine; the tiny engine, just a few billionths of a meter in size, is made of tiny charged particles of gold, bound together with temperature-responsive polymers in the form of a gel.

The Guinness World Records world record for the smallest jet engine measures just 600nm across and weighs 1 femtogram (10^-15 kg). It was produced by Leibniz Institute Solid State Physics Dresden and demonstrated in Dresden, Germany, in September 2010.

Guinness World Records also recognized the world record for the smallest twin-engined aircraft; it is believed to be the MC-I5 ‘Cricri’ which was first flown 19 July 1973 and has since been reproduced around the world from plans and kits. Designed by the French aeronautical engineer Michel Colomban, the 72.56 kg (160 lb) aluminium ‘Cricri’ (known as the Cricket in the USA) has a wing span of 4.9 m (16 ft) and measures 3.91 m (12 ft 10 in) long.

The prototype device is made of tiny charged particles of gold, bound together with temperature-responsive polymers in the form of a gel.

When the tiny engine is heated to a certain temperature with a laser, it stores large amounts of elastic energy in a fraction of a second, as the polymer coatings expel all the water from the gel and collapse.

“We know that light can heat up water to power steam engines,” said Dr. Ventsislav Valev, co-author of the study published in the journal PNAS earlier and now based at the University of Bath.

“Now we can use light to power a piston engine at the nanoscale.” Professor Jeremy Baumberg from the Cavendish Laboratory at the University of Cambridge, who led the research, has named the devices ‘ANTs’, or actuating nano-transducers.