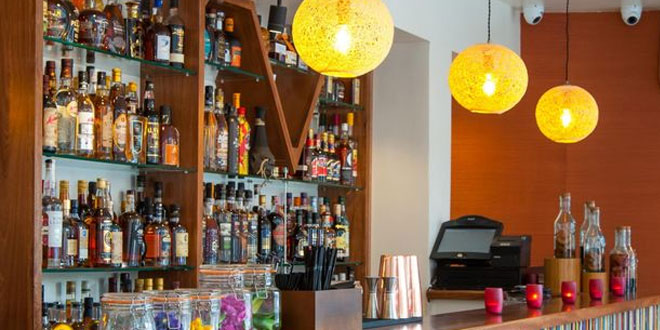 London, UK – October 30, 2016 – Cottons Caribbean Restaurant and Salon de Rhum in Notting Hill has broken a Guinness World Record for having the most varieties of commercially available rum at a bar, with a record number of 372 available.

Photo: The Guinness World Record for having the most varieties of rum commercially available in the world has been broken by Cottons Caribbean Restaurant and Salon de Rhum in Notting Hill, with a record number of 372 available.

Guinness World Records also recognized the world record for the largest cocktail; it is 39,746.82 litres (8,743 UK gal; 10,499 US gal) and was achieved by Nick Nicora (USA), in Sacramento, California, USA, on 13 July 2012. The cocktail was a margarita and it was made in a large cocktail shaker.

The world record title was previously help by The Smugglers Cove in Liverpool, which was set in January 2015 with 151 varieties of rum available.

The collection includes both well known and independent brands, sourced from over 50 countries, and if you want the most expensive, you will need to dig deep into your pockets as just one shot of the the 1960s British Navy Flagon will cost you a whopping £255!