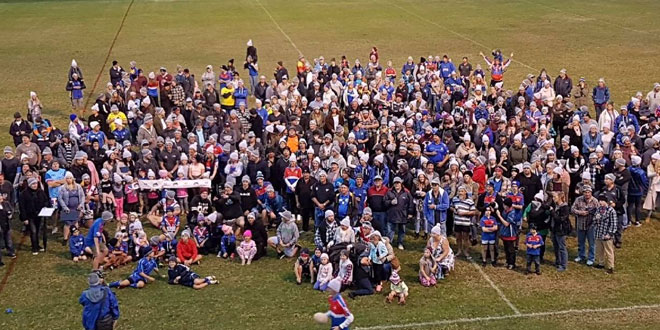 Most people wearing a beanie

The Guinness World Records world record for the most people wearing yukata is 2,130 people and was achieved by Hachioji Festival Executive Committee (Japan), in Hachioji, Tokyo, Japan, on 6 August 2016.

Guinness World Records also recognized the world record for the largest gathering of people wearing sweatbands; it is 4,673 achieved by Humana (USA) in Louisville, Kentucky, USA, on 26 October 2014.

The atmosphere quickly turned into a celebration of everything great about footy and the magnificent fundraising efforts by the Mark Hughes Foundation to assist brain cancer research, which have now topped $2 million through the Beanies for Brain Cancer campaign alone.

Bulldogs treasurer Angie Peterkin, who organised the day, said the response from the Kurri community and Lakes United fans to wear their beanies had been fantastic, The Maitland Mercury reports.

The official count was 429 people, but a lot of people slipped by our counters so it could have been closer to 500.