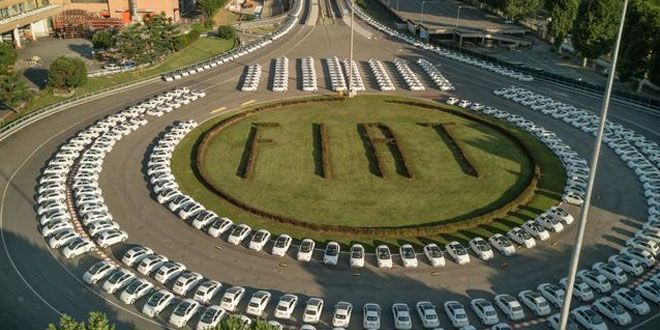 Most cars handed over within 48 hours

Mirafiori, Italy – June 26, 2017 – A total of 1,495 Fiat 500 cars were collected in less than two days by the lucky winners of the competition run by Fiat and Italian supermarket chain Esselunga, thus setting the new world record for the most cars handed over within 48 hours.

Photo: A record-breaking handover: 1,495 Fiat 500 cars were collected in less than two days by the lucky winners of the competition run by Fiat and Italian supermarket chain Esselunga.

Based on the Fiat 500 1.2 Lounge, a special edition model was made for the record attempt, featuring Pastel white paint, an exclusive ‘Esselunga’ badge on the pillar and a numbered plaque inside. Chrome mirror caps and Colour Therapy 14-inch wheels complete the look.

“This record and Fiat’s partnership with Esselunga confirm the unique personality that has been central to the Fiat 500 throughout its history and helped ensure its worldwide success,” said the car manufacturer in a statement.

The winners came from more or less all over Italy: Lazio, Tuscany, Emilia Romagna, Veneto, Liguria, Lombardy and Piedmont. The 1,520 Pastel White Fiat 500 cars were a sight to remember when lined up along the test track of the Mirafiori plant, where many of the models that shaped the brand’s history were tested.

Of the 1,520 winners, the other 25 who have not yet collected their cars will be able to do so during the next few days.