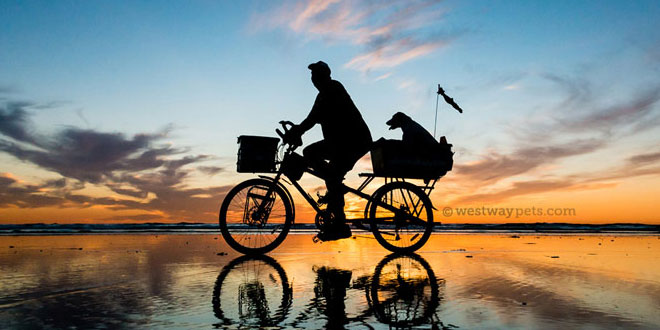 Longest journey on a motorized bicycle

San Diego, California, USA – April 20, 2017 – A man and his dog broke the Guinness World Record for the longest trip on an electric bike; Mike Minnick and his 15-pound rescue dog ‘Bixby’ pedaled more than 14,000 miles together on their electric bike, thus setting the new world record for the Longest journey on a motorized bicycle.

Photo: Bixby and her dad, Mike Minnick, have pedaled more than 14,000 miles together — all of it on an electric bike — tripling the previous Guinness world record for electric biking.

Now the two have been biking around the country for three years promoting local animal shelters. Currently, Minnick and Bixby are adding even more miles to their record as they pass through San Diego.

That forced him to place his Hug Your Dog tour on hold, but he quickly raised $16,870 including local donations. Locals also kept an eye out for Minnick’s bike once it was stolen and eventually were able to get it returned to him.