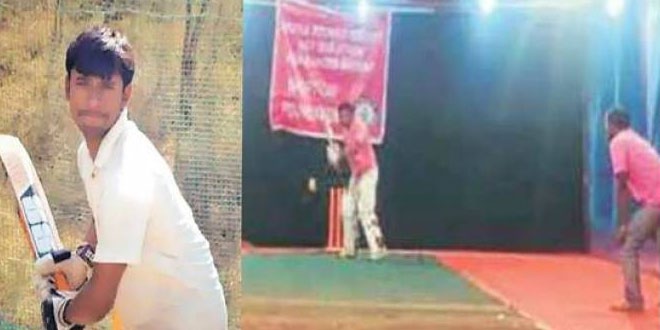 The Guinness World Records world record for the longest individual net session by a male is 48 hr 2 sec and was achieved by Dave Newman and Richard Wells (both UK) in Sleaford, Lincolnshire, UK, from 30 January 2014 to 1 February 2014.

Guinness World Records also recognized the world record for the largest cricket tournament; it consists of 16,215 participants and was achieved by Eenadu Cricket Champion Cup-2013 (India) in different venues across India from 30 December 2013 to 20 February 2014.

Playing at the Mahalaxmi Lawns in Karve Nagar, Mare started playing at 9.30 am on December 22.
To complete the record, he was supposed to bat a little beyond 9.30 am on December 24. However, Mare went ahead and batted for 50 hours, completing his long lasting wish of establishing his name in the cricket fraternity.

Mare took minimal rests in between ensuring that he maintains a balance between rest and batting and reaching his goal.

“For the record, a 5 minute break every one hour is allowed. In the beginning, he took a break of 25 minutes after playing for 5 hours straight. From yesterday onwards, he had to take a break after every hour or two due to the reduced stamina,” his friend Ramdas Potale said.