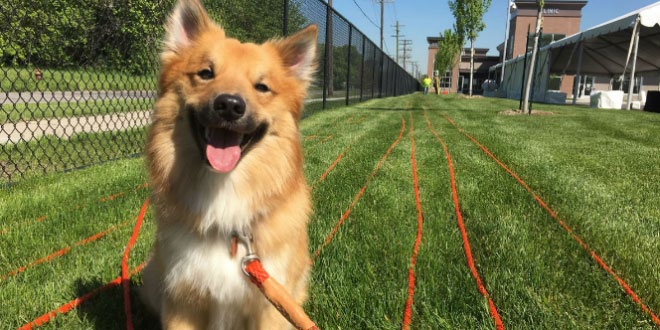 The Guinness World Records world record for the longest dog lead was made by Pedigree, a dog food company, at their exhibition stand at the Crufts dog show in Birmingham, West Midlands, UK, between 10 and 13 March 2005, and when completed the leather lead measured 686 m (2,250 ft) in length.

Jonah Lonero, survey crew chief with Spalding DeDecker in Detroit, used infrared light equipment to get precise measurements. He confirmed the length of a 2,2620-foot, 8-inch dog leash at the Michigan Humane Society in Detroit.