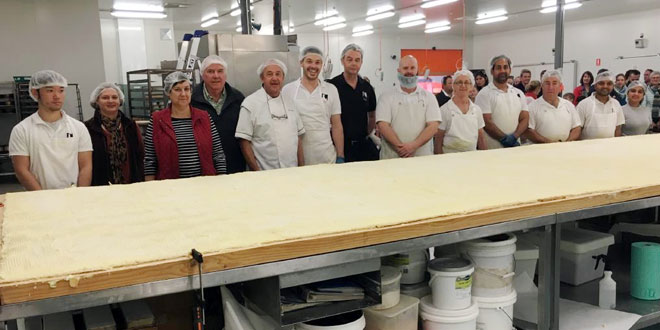 Adelaide, Australia – November 25, 2016 – Dulwich Bakery (owner Wayne Duffy) baked an 804kg vanilla slice; the slice comprised 600kg of custard, 150kg of pastry and 50kg of icing and it took six bakers to assemble the 6m by 2m sweet treat which sets the new world record for the Largest vanilla slice.

Photo: An 804kg vanilla slice baked in suburban Beverley has been officially certified as the world’s largest.

The Guinness World Records world record for the longest line of pie slices is 318.5 m (1,044.95 ft) and was achieved by Malopolska OrganizacjaTurystyczna (Poland), in Szczawnica, Poland, on 24 April 2016.

Dulwich Bakery owner Wayne Duffy said it was “fantastic” to hold the record, which was previously held by a 677kg behemoth made in Victoria.

The slice comprised 600kg of custard, 150kg of pastry and 50kg of icing. It took six bakers to assemble the 6m by 2m sweet treat.

As well as being larger than the previous record-holder, Mr Duffy said his vanilla slice was more able to be eaten more elegantly. It was cut up and eaten by children in the Kickstart for Kids free school breakfast program, The Courier Mail reports. 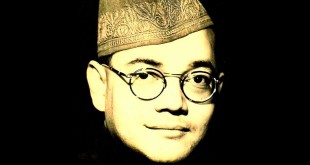