Photo: During the Ilosaari Rock music festival in eastern Finland, 789 naked swimmers participated in the attempt to snatch the record for the world’s largest skinny dipping.

The Guinness World Records world record for the largest skinny dip consists of 786 participants, and was achieved by The Fig Group (Australia), at South Beach in Perth, Australia, on 8 March 2015.

The organizers of the Ilosaari Rock music festival were hoping to encourage 1,000 naked swimmers to dip into the cold water of Linnunlahti Bay in Joensuu for five minutes.

People across Finland traveled to Joensuu to join the record-breaking event.

Only a few hundred people were initially willing to go skinny dipping because it was cold. The number of participants increased when the sun started to come out.

At first, the naked swimmers went into bay screaming and splashing and then sung the Finnish anthem to celebrate the country’s centennial during the last 30 seconds of the attempt.

Icy water swimming (avatoiuinti) is a popular tradition in Finland and other countries in Europe. The country’s tourist board promotes avatoiuinti as an energy-boosting experience. There are several icy water swimming places with dressing rooms and some even have saunas in Helsinki and Tempere. 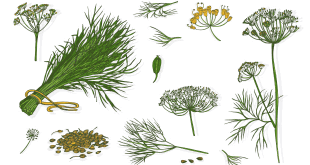