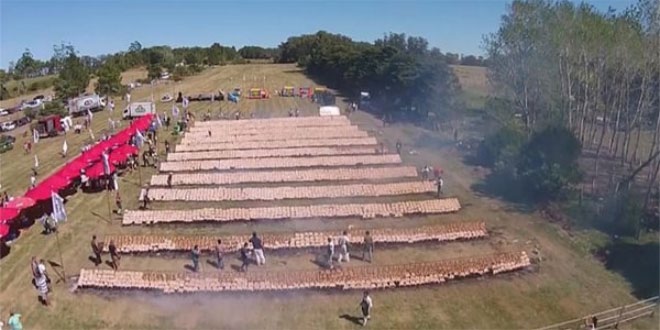 Guinness World Records also recognized the world record for the largest simultaneous roast dinner; it was achieved by 1,632 participants in an event organised by East of England Agricultural Society in East of England Showground, Peterborough, UK, on 22 February 2009.

“The record sales of roast chicken was greatly unexpected. I think today we put on more than seven thousand kilos of roasted chickens. How amazing!” Sena said.

Over 120 volunteers helped out with the preparation and roasting of the chicken. The amount of money expected to be raised was around $10,000, and the overall amount raised is said to have well surpassed this, according to Sena.