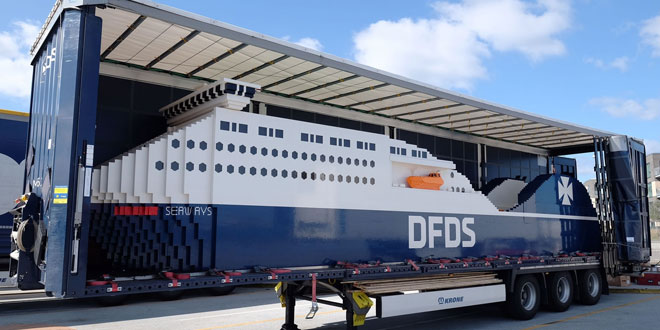 The Guinness World Records world record for the tallest structure built with interlocking plastic bricks measured 35.05 m (114 ft 11 in) and was achieved by Lego Italia (Italy), in Milan, Italy, on 21 June 2015. An estimated 550,000 LEGO® bricks were used to complete the tower.

Guinness World Records also recognized the world record for the largest LEGO ship (unsupported); it is a model of the RMS Queen Mary that measures 7.79 m (25 ft 7 in) in length. It took six people five months to make from around 300,000 bricks. Scale is 1:40.

Different sections of the ship were made by separate groups. LEGOs were shipped to other offices to prepare a specific part of the ship.

Finally, when all parts were ready, there were assembled in Scotland.

“The main aim was to celebrate our 150th anniversary together by building something big to mark such an outstanding anniversary. It has been important for us for colleagues from all locations in Europe across national boundaries to be given the opportunity to make their mark on this beautiful ship. I am proud that together we have reached this goal,” said Niels Smedegaard, CEO of DFDS.