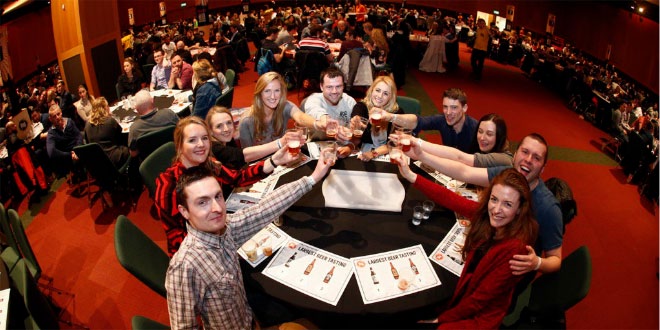 The World Record for the world’s largest beer tasting was smashed on the opening evening with Ireland now holding the record for the Largest Beer-Tasting with 729 people simultaneously tasting three beers.

The world record was previously held by Mexico with 714 participants.

“Breaking a Guinness World Records title and sharing it with fellow craft beer lovers was the perfect way to kick off the Alltech Craft Brews and Food Fair this weekend,” said Dr. Pearse Lyons, founder and president of Alltech.

“Not only were there 729 fans of craft beer in the room with me but they were from all over the world: Italy, Russia, Wales, the U.S.A and even Mexico and Brazil! What a fantastic win for our festival and for Ireland.”