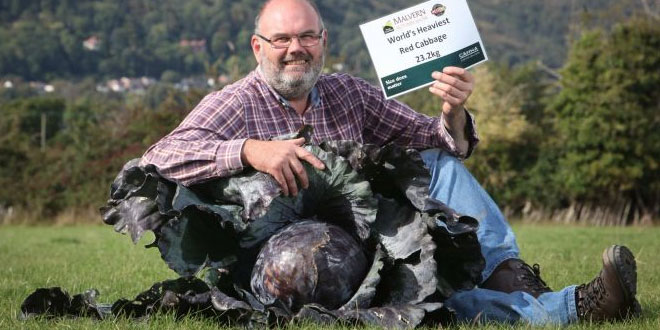 David Thomas has been growing vegetables competitively for more than 15 years, and said the cabbage took “hours of work”.