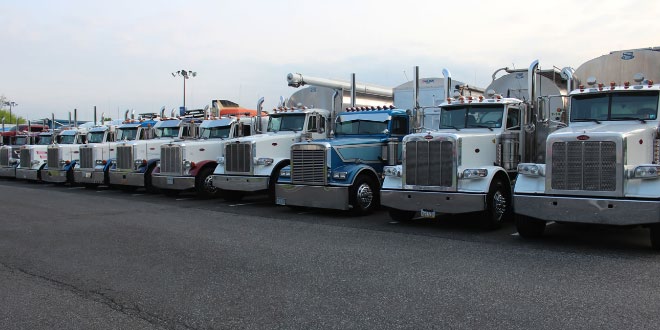 Lancaster, Pennsylvania, USA – May 17, 2016 – Montgomery County-based Make-A-Wish, which serves Philadelphia, Northern Delaware and the Susquehanna Valley, broke the Guinness World Record for the largest parade of trucks – a total of 590 trucks.

The Guinness World Records world record for the Largest parade of trucks was set by a total of 416 trucks – all of which were driven by women – which took part in a convoy at Dronten, Netherlands, on 6 November 2004 at an event organised by VTL.

Guinness World Records also recognized the world record for the largest parade of dumper trucks; it involved 56 trucks and was achieved by Dumper Team Näser (Germany) at Wildenfels, Germany, on 16 September 2012.

The truck convoy saw close to 7,000 spectators who lined the 26-mile loop in central Pennsylvania cheering for the truckers, who in turn, honked their horns. More than 120 Make-A-Wish children rode in trucks for the convoy.

Make-A-Wish’s Lancaster location has one full time and one part time staff member, and more than 200 volunteers that helped to make the truck convoy happen. This year’s event was the largest to date, and about 100 children were able to ride along, each child in their very own truck.

Organizers say the convoy raised more $350,000 for the charity that grants wishes to children with life-threatening medical conditions.