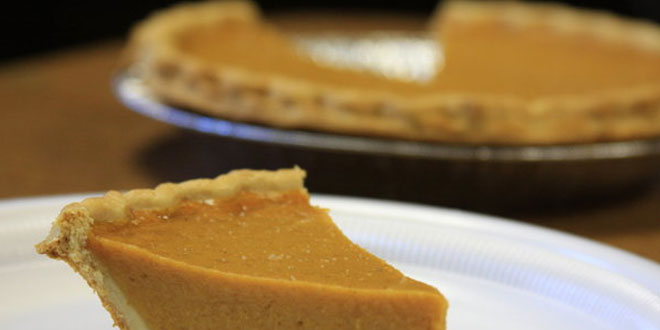 It was thanksgiving day and the whole family had gotten together. This was a very special thanksgiving because there were a few new family members. Mom had made her famous pumpkin pie the night before and sat it on the table to cool. The next day when we got up the pie was gone, not just the pie the plate and all. Mom was fit to be tied she swore that she was going to be the tar out of who ever took that pie. We had no clue who could have taken it, but we made a plan to find out. It was my younger brother and two older sisters and me and we love who dun it mystery novels. So we set up a little office and started writing down what we new about the crime. the first thing was mom pie had been stolen. The next thing we new was there were 25 people in and out of the house yesterday . We had our work cut out to try and solve this mystery. We split up into two groups. One group would interview suspect the other would search for clues.

As the day progressed uneventful other than all the other food disappearing as well and it sure was good to. We kept searching we found out that of the suspect we had 16 were allergic to pumpkins. I guess you could say that was progress, the next brake in the case was when Becky found some smudges on the wall we were pretty sure what the smudges were but some times you have to do the forensic stuff so we elected bobby the youngest to taste it to make sure. Yup he said it’s mom pie alright. We were onto something or at least we thought we were. We had narrowed our suspect list a lot but there was still a lot of investigating to do.

Something happened just then and we thought we might have found the culprit. Jody one of my cousins starting complaining of a severe stomach ache the kind you get from eating to much sweets. We marked this down in a tablet and kept searching. Around 2 that afternoon we meet at our office to compare notes and see what we had so far. That’s when it happened we saw JO JO the family mutt go running by with moms pie plate in his mouth. We look at each other as if to say maybe we been looking at the wrong species? We took off running after JO JO and found him digging a hole in the back yard, it was like he was hiding the evidence. We took the plate into the house and mom flipped she accused us kids of taking and eating the pie. That’s when we showed her all the evidence that we had collected and were pretty close (we thought) to unmasking the pie thief. Boy were we wrong.