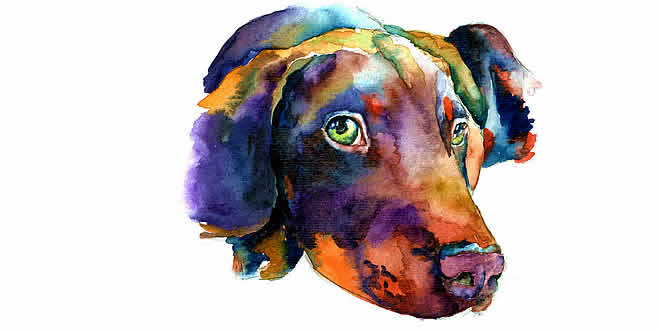 Tommy was not happy. He did not run after the ball. He did not even wag his tail. Golu realized it. Tommy wanted to have a friend of his own. Someone who was like him only. He barked, “Bhow… bhow… bhow… I want my own friend… at least one” but Golu did not understand what his loving dog wanted to say.

It was evening and many of Golu’s friends had reached the park and they were calling him to join them for a game of football. Golu gently patted Tommy, “We will play together when I return” Tommy noticed Golu’s dad returning home on a rickshaw with something big wrapped in newspapers. He started wagging his tail and ran inside the house.

Tommy searched for Golu’s dad from one room to the other. He finally reached Golu’s room.

He was surprised to see another Tommy in the room. “On… is this my friend?” Tommy thought. “Dad has finally brought my new friend” He was excited, he wanted to tell everyone about his new friend but everyone was busy.

He came back to the room where he has found his new friend. He was glad his friend was still there.

Tommy was feeling hungry and he barked, “Bhow… bhow” and soon Golu’s mom came into the room with a large bowl full of milk and bread and placed before him.

Tommy was surprised, to see the same bowl being served to his friend. “But he did not bark for his food… surprising” Tommy thought.

He also felt little jealous for such importance being given to his new friend.

He finished his meal and he noticed that his friend also finished his bowl at the same time. He was puzzled. He went out to look for Golu’s father and ask him about his new friend. When he noticed him, he barked, “Bhow… bhow”.

“What happened Tommy? Don’t you like your new friend” dad asked. Tommy pulled his trousers and took him to the room. Tommy took a round of the room and he could notice that his friend was also moving and then he noticed dad along with his friend.

Now he tried to touch his friend, shake paws with him but he couldn’t. And then dad smiled, “Oh! I forgot to place this on wall… Golu will definitely love this new mirror”. 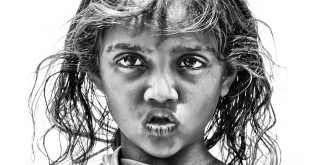