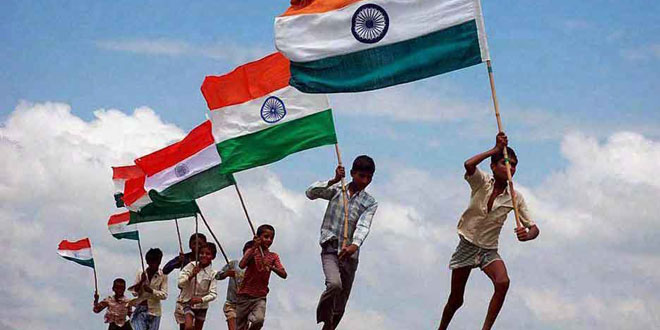 “I’ll just be back – I must tell Baba the news. It was his training that helped me win against the New English School Giants in the Kabaddi finals,” screamed Chandu. “I know, it was your stamina and speed that really worked,” Abdul said, “Thanks to Baba.” Chandu rushed home, “Baba, Baba! we won! Thanks to you Baba,” Chandu yelled excitedly. But there was no appreciation or ‘Shabashi‘, Chandu looked up and saw his father’s worried face.

“Something is definitely wrong. Tell me Baba.”

“How can a little boy like you help?” asked Chandu’s mother.

“I may be a little boy but I did defeat the mighty. Please tell me,” Chandu insisted.

“Beta, the task I have to perform is very difficult and risky.”

“Why are you risking your life?” asked Chandu.

“There are certain things more valuable than one’s life like freedom of your country – don’t you agree?” Baba said.

“Yes I do. I do want India to be free. So many leaders are in jail.”

“…including your uncle Moru and his friend Yashwant. Both have left their families, home, land – everything. Now the police are after them and your father too wants to join!” Chandu’s mother exclaimed.

“What’s wrong in that? I too can join them,” said Chandu.

Relenting his father said, “Alright – close the door… I have to carry some money, medicine and important message for the people who are on the run from the police. The police are keeping vigil on my movements. They think I am one of them.”

“And are you?” questioned Chandu.

“Not actively, but I try to help. Now I have to deliver these 3 ‘M’s – money, message and medicine,” Chandu’s father replied.

“To the village Khatau where somebody will give me further instructions.”

“How can your Baba go out? The police are all around.” Chandu’s mother cautioned.

“I have a plan. Baba you disguise as…” Chandu whispered.

“Chandu, Chandu where are you?” Abdul rushed in.

“Why my uncle?” Abdul asked confused.

Baba and Chandu explained the situation. Abdul promptly went home and got a sherwani churidhar and a fur cap for Chandu’s father.

Next morning the three arrived at Khatau. They had no clue about the whereabouts of their contact man. They suddenly heard the sound of a “dholak“. People were seen rushing in that direction. They followed them. They came to a big ground where a good looking folk singer began the traditional folk song of “Powada” that talks about the valour and fortitude of great leaders like Shivaji.

“Listen O audience especially those who love their country and are ready to fight for its freedom.” sang the folk singer.

“He is the man,” Chandu’s father whispered.

“Shivaji Maharaj needed money, medicine and messengers to fight against the enemy,” the singer continued.

“Baba he is referring to three ‘M’s,” whispered Chandu.

“Shivaji’s Guru, Ramdas advised sanyasis and women devotees to carry medicines donated by the people for the Shivaji’s soldiers,” the singer added.

Abdul noticed two saffron-clad sanyasis looking around. He alerted Chandu’s father who moved slowly towards them. Nobody noticed as the crowd was now busy watching a little boy dancing.

“More than money and medicine, it was the message that was important. These were carried in a novel way. Priests and mullahs from the temples and mosques in forts across the rivers delivered them in the hollows of banyan trees. And then conveyed them to soldiers who with the battle cry of “Har Har Mahadev, attacked the enemy. Join them now and give the cry,” said the singer.

Meanwhile, unnoticed Chandu’s father delivered the medicines and re-joined them. He raised his hand and shouted “Har Har Mahadev.” Chandu, Abdul and others joined him.

The singer recognized them and conveyed this by doing a ‘salaam‘. He ended in the usual way by asking for money.

“Give money to the folksinger o’ lovers of the motherland and give it generously.”

He went around with his cotton bag or ‘thaila.’ As people handed their contributions, Chandu’s father quietly slipped in the bundle of money.

“Hands up! No one move,” the police fired a shot in the air. There was panic. People started running. There was a stampede. In the confusion the folk singer escaped.

But the police were closing onto Chandu, his father and Abdul.

“Baba give me the message I’ll get away,” said Chandu. “I too will go with you”, said Abdul. Giving the envelope to Chandu, his father said, “Keep it safe – do you remember where to go?”

“Yes, I memorized the song that gave the direction – across the river in a far fort…”

“Good, now be quick I will wait for you in the village temple,” said Chandu’s father.

Chandu pushed through the crowd. Abdul followed. After a lot of pushing and pulling they came out in the open and they ran and ran until they came to a river. To their dismay there were four policemen standing at the shallowest part.

“What to do yaar?” Abdul asked.

Let’s be brave and cross!” said Chandu, walking ahead.

“Hey, you boys – where are you going?” barked a policeman.

“Police dada we live in the village across the river. We had come to listen to the folk singer. Now we’re going back” Chandu replied.

“Two boys have come alone this far? I don’t believe it,” said the policeman.

“We sneaked out because our parents don’t allow us to come.”

“If we don’t reach in time, our parents will thrash us.”

“Don’t believe them. These days even little boys have been bitten by the freedom bug. Let’s search them,” the burly policeman ordered.

“Take off your shirt.” Abdul obeyed.

“Take off your shorts now.”

Abdul looked at Chandu who said, “Police dada, can I go to the corner?” and he showed his little finger. “So you are scared and want to pee Okay, Okay – go!” the policeman laughed.

Chandu hid behind a tree and quickly took the envelope from his pocket. He pushed it inside his underwear, pulled up his shorts and came back.

“Come take your shirt off, now your shorts.”

Chandu’s hands were shaking with fear in case the envelope showed.

“Don’t make him take off his chaddi. Look he is already embarrassed,” Abdul appealed to the police.

“We don’t want to see him ‘nangu pangu‘. Put on your clothes and be off!”

Chandu pulled on his clothes with trembling hands. They ran through the water. “O God that was a close shave!” Chandu’s voice was shaking. They continued on their way. It was not easy to wade through the shallow river full of sharp stones. But they carried on.

“Now for the palace, fort, mosque or temple and the banyan tree,” Chandu sang. ‘Allah ho Akbar‘ they heard the call. They followed the sound. Up on a steep hill they saw the mosque. They started to climb, but it was difficult.

“Take a deep breath,” Chandu showed him some breathing exercises. “So that’s secret of your stamina in Kabaddi,” Abdul laughed.

The climb seemed never ending. At last they reached the top and saw a broken gate. Inside was a huge bare ground.

“Look there’s the mosque!” But there was no one around. “What to do now? After all this, we can’t deliver the message!”

They heard a voice, “Remember the folk song”. Chandu and Abdul looked around but they saw no one. Chandu recited the stanza about the mosque and remembered the line about the banyan tree.

“It has to be here somewhere.”

They looked around the ruins. There was a steep slope and there it was. A big banyan tree.

“Don’t worry. I’ll be careful. You wait here and keep watch.” Chandu went down cautiously. He reached the tree. There was a hollow space in its trunk as the song described. He looked around, then very carefully he slipped the envelope into the hollow.

The climb back was stiff. Abdul watched Chandu with bated breath. ‘Khuda Tera Shukriya’ he thanked God as Chandu reached the top.

“Let’s hurry back, your father must be waiting.”

As they got out of the gate, they heard the deep voice of the folk singer, “Thanks for the message you brave boys and thanks for the three ‘M’s.” But they never saw him.

“Baba we did it! Three ‘M’s for freedom – Hip Hip Hurray!” cried Chandu and Abdul together. 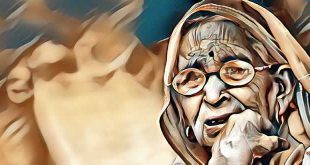