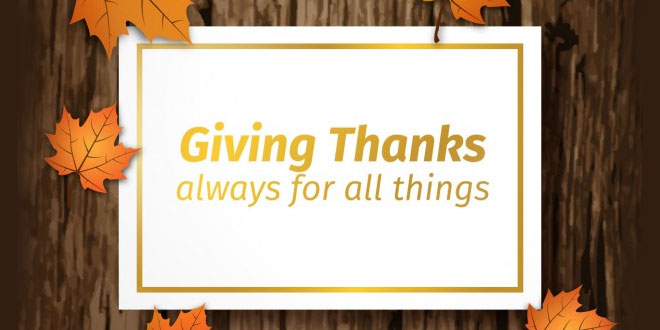 “But I don’t like roast goose,” said Guy, pouting. “I’d rather have turkey. Turkey is best for Thanksgiving, anyway. Goose is for Christmas.”

Guy’s mother did not answer. He watched her while she carefully wrote G. T. W. on the corner of a pretty new red-bordered handkerchief. Five others, all alike, and all marked alike, lay beside it. The initials were his own.

“Why didn’t you buy some blue ones? I’d rather have them different,” he said.

Mrs. Wright smiled a queer little smile, but did not answer. She lighted a large lamp and held the marked corner of one of the handkerchiefs against the hot chimney. The heat made the indelible ink turn dark, although the writing had been so faint Guy hardly could see it before.

“Oh, dear,” he cried, “there’s a little blot at the top of that T! I don’t want to carry a handkerchief that has a blot on it.”

“Very well,” said his mother. “I’ll put them away, and you may carry your old ones until you ask me to let you carry this one. I don’t care to furnish new things for a boy who doesn’t appreciate them.”

“That’ll do, Guy. Never mind the rest of the things that you don’t like. I want you to take this dollar down to Mrs. Burns. Tell her that I shall have a day’s work for her on Friday, and I thought she might like to have part of the pay in advance to help make Thanksgiving with. Please go now.”

“But a dollar won’t help much. She won’t like that. She always acts just as if she was as happy as anybody. I don’t want to go there on such an errand as that.”

Mrs. Wright smiled again, but her tone was very grave.

“Mrs. Burns is ‘as happy as anybody,’ Guy, and she has the best-behaved children in the neighborhood. The little ones almost never cry, and I never have seen the older ones quarrel. But there are eight children, and Mr. Burns has only one arm, so he can’t earn much money. Mrs. Burns has to turn her hands to all sorts of things to keep the children clothed and fed. She’ll be thankful to get the dollar—you see if she isn’t! And tell her if she is making mince pies to sell this year, I’ll take three.”

Guy walked very slowly down the street until he came to the little house where the Burns family lived.

“I’d hate to live here,” he thought. “I don’t see where they all sleep. My room isn’t big enough, but I don’t believe there’s a room in this house as big as mine. I shouldn’t have a bit of fun, ever, if I lived here. And I’d hate to have my mother make pies and send me about to sell them.”

Then he knocked on the front door, for there was no bell. No one came. He could hear people talking in the distance, so he knew some of the family were at home. Some one always was at home here to look after the little children. He walked around to the kitchen door: it stood open. The children were talking so fast they did not hear his knock.

They were very busy. Katie, the eleven-year-old, and Malcolm, ten, Guy’s age, were cutting citron into long, thin strips, piling it on a big blue plate. Mary and James, the eight-year-old twins, were paring apples with a paring machine. The long, curling skins fell in a large stone jar standing on a clean paper, spread on the floor. Charlie, who was only four years old, was watching to see that none of the parings fell over the edge of the jar. Susan, who was seven, was putting raisins, a few at a time, into a meat chopper screwed down on the kitchen table. George, three years old, was turning the handle of the chopper to grind the raisins. Baby Joe was creeping about the kitchen floor after a kitten. Mrs. Burns was taking a great piece of meat from a steaming kettle on the back of the stove. Every one was working, except the baby and the kitten, but all seemed to be having a glorious time. What they were saying seemed so funny it was some time before Guy could understand it. At last he was sure it was some kind of a game.

“Mice?” asked Susan. Mary squealed, and they all laughed.

“They can’t climb trees,” Mrs. Burns called out from the pantry. The children fairly roared at that. “A pantry with no window in it?”

“Oh, we’ve had that before,” Katie answered. “I know what you say. It’s a good place to ripen pears in when Mrs. Wright gives us some.”

Guy knocked very loudly at that. He had not thought that he was listening.

The children started, but did not leave their work. They looked at their mother. “Jamie,” she said. Then Jamie came to meet Guy, and invited him to walk in.

“What game is it?” asked Guy, forgetting his errand.

“Making mince pies,” said Jamie. “It’s lots of fun. Don’t you want to play? I’ll let you turn the paring machine if you’d like that best.”

Guy said “Thank you” and began to turn the parer eagerly.

“But I don’t mean what you are doing’,” said Guy. “I knew that was mince pies. I thought that was work. I meant what you were saying. It sounds so funny! I never heard it before.”

“Mamma made it up,” explained Malcolm. “It’s great fun. We always play it at Thanksgiving time. You think of something that people don’t like, and the one who can think first tells what he is thankful for about it. We call it ‘Thanksgiving.'”

Guy stayed for an hour, and played both games. Then, quite to his surprise, the twelve o’clock whistles blew, and he had to go home. But he remembered his errands and did them, to the great pleasure of the whole Burns family.

In the afternoon Guy spent some time writing a note to his mother. It was badly written, but it made his mother happy. It read:

Dear Mother: I am Thankful the blot isn’t any bigger. I am Thankful the handkerchiefs isn’t black on the borders. I would like that one with the Blot on to put in my pocket when you read this. But my old ones are nice. The Burnses don’t have things to be Thankful for but they are Thankful just the same.

I am Thankful for the Goose we are going to have. The best is I am Thankful I am not a Goose myself, for if I was I wouldn’t know enough to be Thankful. I think I truly learned the meaning of Thanksgiving. 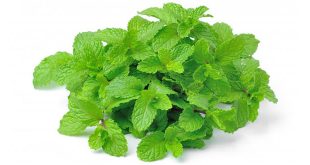