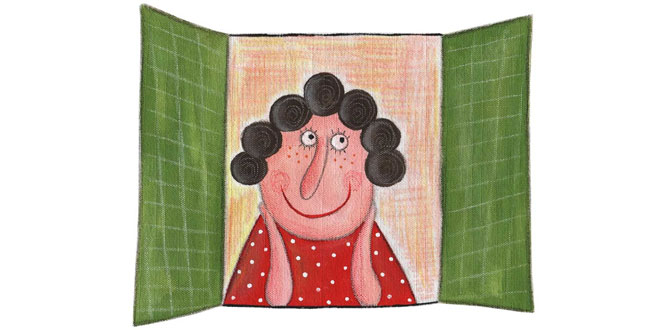 It begins with a bit of gossip of a neighbour who had come in to see Miss Bennett, and was telling her about a family who had lately moved into the place and were in serious trouble. “And they do say she’ll have to go to the poorhouse,” she ended.

“To the poorhouse! how dreadful! And the children, too?” and Miss Bennett shuddered.

“Yes; unless somebody’ll adopt them, and that’s not very likely. Well, I must go,” the visitor went on, rising. “I wish I could do something for her, but, with my houseful of children, I’ve got use for every penny I can rake and scrape.”

“I’m sure I have, with only myself,” said Miss Bennett, as she closed the door. “I’m sure I have,” she repeated to herself as she resumed her knitting; “it’s as much as I can do to make ends meet, scrimping as I do, not to speak of laying up a cent for sickness and old age.”

“But the poorhouse!” she said again. “I wish I could help her!” and the needles flew in and out, in and out, faster than ever, as she turned this over in her mind. “I might give up something,” she said at last, “though I don’t know what, unless–unless,” she said slowly, thinking of her one luxury, “unless I give up my tea, and it don’t seem as if I Could do that.”

Some time the thought worked in her mind, and finally she resolved to make the sacrifice of her only indulgence for six months, and send the money to her suffering neighbour, Mrs. Stanley, though she had never seen her, and she had only heard she was in want.

How much of a sacrifice that was you can hardly guess, you, Kristy, who have so many luxuries.

That evening Mrs. Stanley was surprised by a small gift of money “from a friend,” as was said on the envelope containing it.

“Who sent it?” she asked, from the bed where she was lying.

“Miss Bennett told me not to tell,” said the boy, unconscious that he had already told.