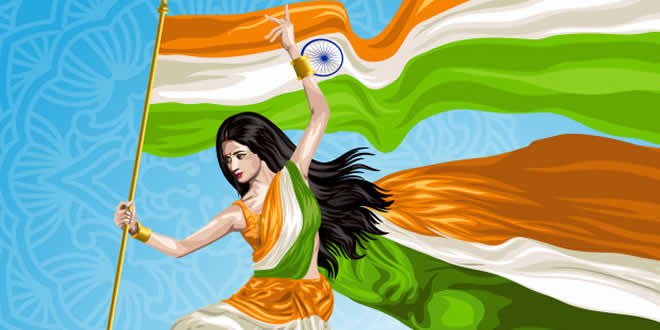 On August 15, at the stroke of midnight, the Indian flag replaced the Union Jack of the British Empire. And millions of Indians went to sleep in a state of excitement. For, they would literally wake up in a free country. Among them was a five-year-old girl called Amrita Rangasami. She lived with four siblings and a young widowed mother, in a bylane of Madras (now Chennai).

Sixty-year-old Amrita, a senior journalist and scholar, remembers the day clearly, as if it were yesterday.

As the red letter day dawned, her mother put up the Indian tricolor atop their house. “All of us sat down with folded hands in absolute silence for two minutes, offering a tribute to all those who had laid down their lives and suffered in making our dreams come true,” says Amrita.

Her mother had made kheer. “It was a grand meal just like it would be on any major festival,” remembers Amrita. All her school friends came home and tucked into the special meal.

As they made their way to school, the streets were full of people saying ‘Jai Hind’ to each other. There were children everywhere. Everyone in the school bus, including the driver, conductor and children, had a smile that stretched from ear to ear. When they saw a truck filled with English soldiers they decided they could be rude that day, and so they all called them ‘white monkeys’.

Houses and shops were lit up even during daytime. The people had gone absolutely mad with joy. “That joy on everyone’s face is the greatest memory of my childhood,” says Amrita. It was like a dream come true. Nobody could believe that they had finally got independence from British rule.

The best part of it all was the fact that Governor Hope, a white man, was going to hoist the Indian flag in their school!

As a small child Amrita recalls her mother’s strong belief in Gandhi‘s ideas. “My mother was an active participant of the All India Women’s Conference, an organisation that was led by famous women freedom fighters who motivated women across the country to join the freedom movement. Her mother, too, started wearing khadi sarees in place of silk.

“Every night before going to bed, mother used to make all of us sit with folded hands and silently pray for the health and well-being of the leaders who were in jail,” she recalls.

“Right from the childhood we followed Gandhiji‘s philosophy of ‘White man quit India‘,” says Amrita. As children they had mixed feelings about their white teachers as well. They respected them greatly as individuals and teachers, but also experienced anti-colonial feelings when they saw them.

On growing up, Amrita went for further studies to the United States of America and returned to doing journalism and then branch into academic research as well. She is one of the foremost experts in what is called famine studies, in India today. Fifty four years after Independence, she is still uncovering the reasons behind the frequent droughts and famines that impoverish more and more people in rural India.

The five-year-old in her is still alive today, searching for the causes that prevent a majority of Indians from getting freedom from hunger and poverty. 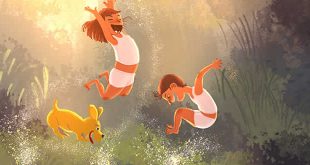