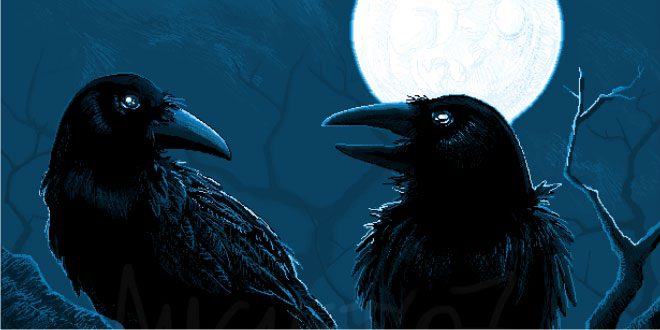 Tired Sweety mynah was putting extra efforts in order to hastily reach her soft and cozy nest which she had made a day back. Being exhausted she wanted to reach soon and have a comfortable nap.

The sight of her nest upset all her thoughts of relaxation. “Alas! Somebody has destroyed my new nest”. she screamed in disbelief.

Harsh and piercing laughter from a nearby tree sounded familiar to Sweety. She found Kalu Crow clapping with joy.

It took her no time to understand that wicked Kalu had shattered her hard work of over a month. She recalled her days of friendship with Kalu when they played and ate together. But one day when they both were singing together, Harry parrot put his fingers in his ears and screamed – “Oh! Kalu, you don’t sing along with Sweety. She sings melodiously. Your jarring voice appears totally out of place”.

Kalu innocently asked – “Am I not singing well”.

Sandy parrot came forward and said – “Your voice is pathetic and it spoils the pleasure of sweet voice of Sweety”.

And all the birds burst out in laughter. Only Sweety lowered her head and quietly left the place.

This made Kalu very jealous of Sweety and gradually he became her sworn enemy. So whenever he found an opportunity, he broke her nest. Sweety never complained to anyone and made her nest again. All the birds also helped her as she was very friendly and kind to all of them.

Sweety tried to put an end to this enmity many times, but Kalu never displayed any interest in Sweety’s friendly gestures. Days passed by and a mischievous monkey named Monty arrived on that tree. He enjoyed giving troubles to others. One evening tired Sweety returned to her nest and found it on the ground. She looked at Kalu, but to her dismay, he was also crying. Just then Montu came there swinging from one branch to another and laughing loudly. She understood that Montu had crushed their nests.

As she had made many nests, so she started making a new nest with the help of her friends. Within no time, her soft and spacious nest was ready. She was very tired so she went to sleep. But suddenly she remembered Kalu’s tears. She got up and went near him. He was shivering as it was very cold. She held his hand and took him to her nest.

Sweety served him delicious food and a soft blanket. Kalu was deeply touched and moved by her warm welcome.

She said lovingly – “Tomorrow I will make your nest”.

Kalu replied in a lower voice – “But Montu will crush it again”.

She replied confidently – “He won’t harm us again”.

Puzzled Kalu did not ask anything and slept in the cozy nest.

When he got up in the morning, he found many birds chirping and whispering about something. Montu was swinging from one branch to another and making fun of them. All the birds looked at each other and they attacked Montu. Firstly Pintu eagle flew and attacked Montu and damaged his left eye. Montu cried bitterly and climbed down the tree. All other birds hit him one after other with their sharp beaks. Montu ran fast and left the jungle.

“Hurrah! We won”. All the birds shouted in joy including Sweety.

Puzzled Kalu came near Sweety and asked – “You could have punished me the same way but you never hurt me. I also broke your nest many times”.

Sweety smiled and said – “Montu really wanted to hurt us as he was wicked monkey. But you were jealous of me so…”.

Before Sweety could complete her sentence Kalu burst out in tears and apologized for his bad behaviour and  asked – “Will you be my friend again?”

Sweety replied with a wide grin – “I am always your best friend”.

They both smiled and flew away together to meet their friends. 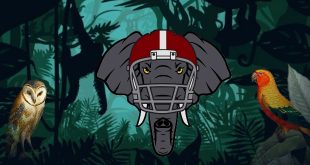