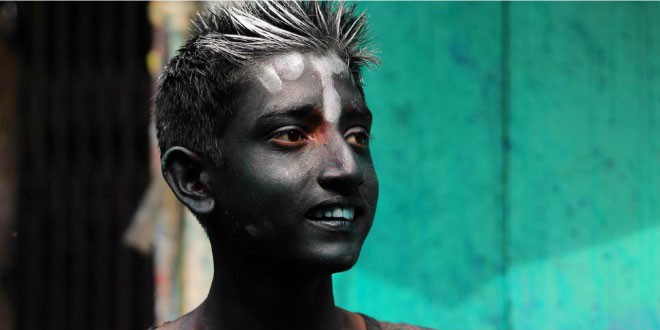 “Come on Anmol, you can do it”, shouted Rohan.

Anmol and Rohan were class six students of Saint Francis High School. The inter-house cross country for the junior group was in its last phase. Anmol, who was in Shivaji House, had completed the stretch from the school canteen, the starting point of the race, to the Stadium. Now all that remained was the final lap inside the stadium. Rohan had accompanied him on his cycle, the entire route, egging him on. Only two runners were now ahead of Anmol. Peter of Akbar house and Iqbal of Pratap house, who was the reigning cross country champion in the junior group.

Rohan could see that Anmol was almost out of breath. His face was red and he looked ready to collapse.

“Anmol, another 400 metres to go yaar and only two guys to beat. You have been practicing so hard for the last three months. You can do it maan”.

Anmol shot a look at Rohan and moved on. Rohan seemed even more anxious that Anmol should win. Anmol knew he had to somehow beat Peter and Iqbal. If he won he would earn ten points for his house. And these ten points would give Shivaji House the inter-house trophy for the first time in four years.

The stadium was packed and the boys were cheering their favorites.

“Make it second time in a row, Iqbal”.

The cries were deafening.

They had reached the last hundred meters. Rohan had abandoned his bike and had been waiting for Anmol around the last bend. He now started running along with Anmol, keeping himself outside the track.

Anmol felt his chest would burst. He was dripping with sweat.

“Anmol, this is the right moment. You should now make a final effort. You have to come first. Shivaji House honour is at stake”, Rohan kept urging as he ran beside Anmol.

Anmol closed his eyes for a moment and just took off. He put his everything into it. He ran as if his life depended on it.

Rohan started shouting, “Come on, Anmol. Terrific maan. You are surging ahead. Come on, you’ll make it”.

Anmol edged past Peter. Now only Iqbal remained. Iqbal looked over his shoulder and saw Anmol catching up. He tried to quicken his pace but Anmol kept reducing the gap. Finally a couple of feet before the finishing line Anmol lunged forward, breasted the tape and collapsed on the ground. The Shivaji house supporters jumped up cheering loudly.

Rohan was ecstatic. He pulled Anmol up, hugging him and thumping him on his back.

“Hey maan, Anmol you did it. Thanks to you we are the inter-house champs. You were just fantastic. For a moment I thought you had given up. But you proved what a champ you are”.

“You didn’t give me a chance to give up”, Anmol said flashing a tired smile. “If it wasn’t for you egging me on I wouldn’t have been able to make it. Iqbal is a terrific runner. But you kept me going”.

“That’s what friends are for isn’t it”, Rohan said and the two friends hugged each other.

Anmol and Rohan had been the best of friends since nursery. In class, they would sit on the same bench, eat together and play together.

Rohan was tall and thin with a long nose and brown eyes. Anmol was shorter and stockier with hair that stood up like the quills of a porcupine.

A few months later on the first day of class seven Rohan was absent. That day a new student, whose name was Sumit, joined the class. He was Anmol’s height but much thinner. He sat in Rohan’s place. During the break Anmol and Sumit got talking. Anmol found Sumit to be a friendly and jovial fellow. His father, who worked in a bank had recently been transferred to Vijaywada.

Anmol found out that he and Sumit shared many common interests including a passion for chess. Anmol was crazy about chess but he rarely got a good opponent to play. Rohan was not interested in chess and considered it a boring game.

A couple of days later Rohan joined and Anmol introduced Sumit to him.

“He is crazy about chess, just like me”, he added.

Anmol and Sumit started spending more and more time together. Earlier, Rohan and Anmol used to play Table Tennis in the common room during lunch break. But now Anmol never seemed interested. One day Rohan urged Anmol to join him for a game.

“Not today, yaar, I have to complete yesterday’s chess game. Sumit has cornered me quite badly but I am not going to let him win. So what if I have lost my queen, I will not give in easily. If at all I go down, I’ll go down fighting”, Anmol said not noticing the hurt expression on Rohan’s face.

One day, a couple of weeks later, a friendly cricket match was in progress. Class seven boys had divided themselves into two teams – Kiwis and Kangaroos. It was the last over of the innings and the last pair of Kiwis was at the crease. Kiwis needed three runs to win. Rohan, the captain of Kiwis was facing Sumit who was a pretty effective leg spinner. Anmol, who wasn’t very good in cricket, but loved watching the game, was the umpire.

Sumit bowled. Rohan stepped out to drive, missed the line and was rapped on the pad.

“Howzatt!” yelled Sumit turning back, his face red with excitement.

Anmol raised his finger and Sumit and the rest of the Kangaroos jumped with joy.

“You shouldn’t have given me out”.

“But there was no doubt you were out”.

“So what? It was an LBW decision. You could have easily ruled in my favour”.

“That would have been unfair”.

“And do you think what you did was fair? You ditched your best friend”.

“Come on Rohan. Where does friendship come in? You were out so I gave you out”.

“The problem with you Anmol is that you have forgotten what friendship is all about”, Rohan said and walked away.

After that Rohan stopped talking to Anmol. He even changed his place in the class.

A couple of times Anmol tried talking to Rohan, but Rohan simply looked through him.

That day was Holi. It was Anmol’s favorite festival. He really enjoyed playing with colors. Every year Anmol and Rohan would start planning a week in advance. They would buy the colors and the pichkaris after an elaborate survey of the market. On Holi – Rohan, who lived close by, would come to Anmol’s house, by eight in the morning. They would then go around visiting their friends’ houses and playing Holi with them. Those who were unwilling would be dragged out. The duo made sure that no one was spared.

That day Anmol waited hoping against hope that Rohan would come. At around nine his elder brother, Amit’s friends came home and doused him with every shade of colour. When he looked at his face in the mirror he could hardly recognise himself.

At ten Anmol decided he would go to Rohan’s house. After all Holi was the time to forgive and forget. It was the day when even enemies were supposed to set aside their differences and celebrate together. He was sure Rohan would welcome him and they would be friends again.

Rohan lived two lanes away. When Anmol neared the crossing which led to Rohan’s lane, he saw a boy struggling as two others tried to overpower him. They were trying to cover his face with what looked like black paint. The poor fellow was screaming. Anmol ran and on nearing the trio, recognized the victim. It was Rohan.

Anmol sprinted ahead and pounced on the two bullies who looked his age. He pushed one of them and socked the other on the nose. Rohan too joined him and soon there was a ‘free for all’ in progress.

“Hey, what’s happening?” They heard a shout. It was Rohan’s father. Seeing him the two bullies turned and ran away.

“Hey thanks yaar, I don’t even know you, and yet you came to my rescue”, Rohan said rubbing his eyes and trying to see clearly. “You seem to have forgotten that we were best friends, but I haven’t, Rohan”, Anmol said very quietly.

“I know, I look like something from outer space”, Anmol grinned back.

There was an awkward silence then Rohan said, “Hey, Anmol, I am sorry, yaar. I think I behaved in a stupid manner”. He held out his hand. “So, friends, again?”

“Of course”, yelled Anmol, grabbing his hand and giving him a hug. 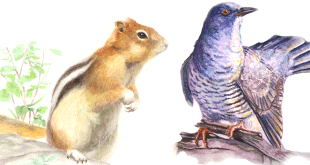