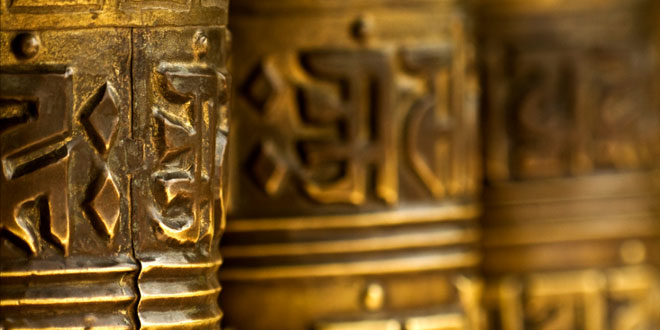 Buddhism is a religion based on the divine teachings of Lord Buddha or King Siddhartha. His father was the ruler of Kapilavastu, so, he lived a life of comfort and luxury in the palace. At the age of 29, he, for the first time, saw the miseries that humankind faced. Deeply disturbed he gave up all his comforts. Abandoning his life of luxury, he set out alone in search of the true meaning of life. After years of meditation he attained enlightenment under a Bodhi tree in the district of Gaya in Bihar. Bodhgaya is now one of the most important Buddhist shrines out of the four primary shrines. The three other shrines are Lumbini, in Nepal, where he was born, Sarnath, the place where he gave his first preaching, and Kushinagar, where he died at the age of eighty. Other than these, the important places where he preached his words of wisdom are also considered shrines. Some of these places are Sravasti Sankasya, Rajgriha, Vaisali, Piparahwa, Ladakh and so on. Each place has its own remarkable story attached to it. For example, it is believed that in Vaisali, monkeys offered honey to Lord Buddha, whereas, in Rajgriha, it is said that he tamed a wild elephant that was let loose by his cousin Devdatta. There are also places that are considered as shrines because of the stupas and pillars that were erected by the Mauryan king Ashoka in honor of the Lord Buddha.

The architecture in most shrines consists of carvings or engravings depicting the life and teachings of Lord Buddha. Some of these shrines even have museums that exhibit the relics of these times. The most remarkable Buddhists shrines, which are also of archaeological significance, are the rock-cut caves, stupas and pillars. The stupas are dome shaped structures a harmika, which is a small platform, mounted on it and contains Buddhists relics. Although, the stupas are generally made of chunar sandstone, there is one stupa that is made of bricks. It is situated in Piprahwa, in Basti District, Uttar Pradesh, and is said to have existed even before the era of Ashoka. The earlier stupas were more hemispherical in shape whereas the later ones were found to be more cylindrical in shape. In all these places the idol of Buddha is placed as the central figure. However, Buddhists are not considered idol worshipers. By offering fruits, flowers, rice etc. they only mean to pay homage and respect to the greatest person who lived on earth. When they pray, they do not pray for forgiveness, wealth or health but remember his teachings and ask for his strength to follow it. 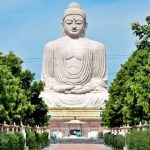 Bodhgaya is a holy shrine of the Buddhists. They believe that this was the place were Lord Buddha received his enlightenment under a pipal tree or the sacred fig tree. There are three other holy places of Buddhists: Lumbini, in Nepal, Buddha’s birthplace, Sarnath, near Varanasi where he preached his first message, and Kushinagar, near Gorakhpur, where he died. 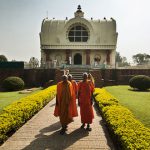 Kushinagar, a district in Uttar Pradesh, India, is one of the major Buddhist pilgrimage centers because it is the place where Lord Buddha is believed to have entered Mahaparinirvana (death). It was near the Hiranyavati River that Buddha took his last breath and was cremated at the Ramabhar Stupa. Located at a distance of 55 kilometers away from Gorakhpur, Uttar Pradesh, Kushinagar can indeed. 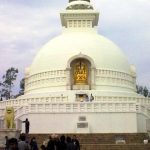 Located amidst a scenic cragged backdrop, Rajgir, a city in Nalanda district of Bihar in India, is a famous tourist destination, as well as a holy destination for many religions like Hinduism, Buddhism and Jainism. The city, surrounded by seven hills, is home to many pagodas, monasteries and temples. It is mentioned in the epics that Rajgir was known as Rajgriha as well as Pali and was the capital of the kingdom. 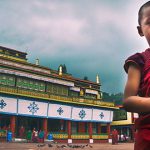 Located in eastern Sikkim, India, at an altitude of about 1547m above sea level, Rumtek Monastery or the Dharma Chakra Centre is one of the most important centers of Kagyu lineage of Buddhism, after Tibet. The monastery is a replica of the Kagyu headquarters in Tibet and it is the seat of His holiness Gyalwa Karmapa, the 16th Karmapa, the charismatic leader of the Karma Kagyu order of Tibetan Buddhism. 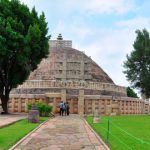 When we speak of Madhya Pradesh, the first name that pops to our mind is Khajuraho. But very few people know that other than the Khajuraho temples, Madhya Pradesh is also famous for the Buddhist shrine called Sanchi Stupa. This shrine is located in the village of Sanchi and is believed to be one of the most important places for Buddhist pilgrims. Apart from the Stupa, there are several other Buddhist monuments dotting 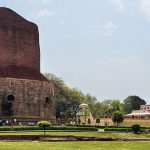 Sarnath is the place where Gathama Buddha gave his first sermon. So, it holds special significance as an important Buddhist pilgrimage center. It is considered to be one among the four holy places that a Buddhist pilgrim must visit. Located 13 kilometers away from Varanasi, Uttar Pradesh is also variously known as Sarnatha, Mrigadava, Migadaya, Rishipattana and Isipatana. It is here that Lord Buddha set his first 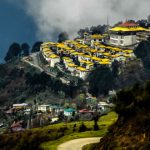 Located in the Tawang-Chu river valley, in Arunachal Pradesh, India, at an elevation of 3300 meters, the wonderful Tawang monastery is one of the most important and largest Buddhist shrines in the world. This holy shrine, located in the midst of majestic mountain ranges, is home to more than 700 monks and 450 Lamas, making it the biggest Buddhist Monastery in India, and the second biggest in Asia, outside of Lhasa.