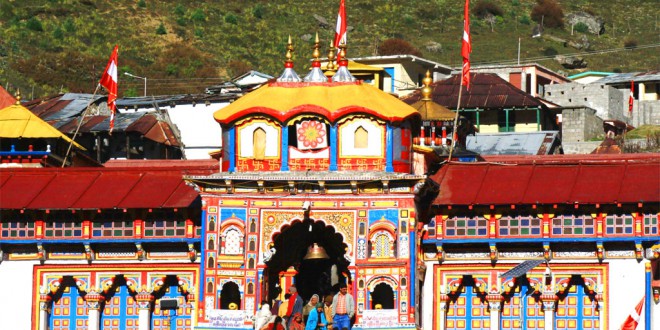 Situated in the midst of the glorious Himalaya Mountains, Badrinath never fails to mesmerize visitors because of its serene beauty. But it is not just beauty that marks its importance; Hindus believe that it is one of the holiest places in the world. It is believed that this is where Lord Narayana resides and hence making it one of the most important shrines for Hinduism. Badrinath is counted as the four most significant pilgrimage spots, Kedarnath, Yamunotri and Gangotri being the others. Usually for most pilgrims, this is a one-time journey called the “Chaar Dhaam Yatra” wherein they visit all four locations. Many Vaishnavites, worshippers of Vishnu and his avatars, believe that Badrinath is the best of the lot since it resides in the midst of one of the most beautiful places in the world. People from all over the country visit Badrinath.

Badrinath is also known as ‘Badikashram’ or the place where Lord Vishnu is said to have resided and practiced his tapasya. Also, most of the schools of philosophy in Hinduism were written on this very land. It is said that, this holy land was vandalized and the stolen idol of Badrinarayana was found in the Alaknanda River by Adi Shankaracharya. It was later established that this was a pilgrimage point for all believers. However, what we see today is a result of renovations that the temple had to go through. Yet, only minor changes have been made. Being the most significant pilgrimage spot among Hindus, it is believed that one cannot attain salvation unless they have visited the four dhaams.

One can visit Badrinath any time between May and November. In winter the entire town is covered with snow and the blizzards make it impossible to visit or live there. During this time, the idol is brought down to Pandukeshwar and worshiped in the temple there. However, the best time to visit Badrinath is in August and September as the mountains are in full floral bloom and one gets the best opportunity to view the glorious, Valley of Flowers in Chamoli Garhwal.

There are many other places of much importance that one can visit along with the Badrinath temple. Tapta Kund, a sulfur hot spring, is situated below the temple. Kapal, Lord Bramha’s abode, is located towards the north of the main temple. Neelkanth peak, known as the virgin queen, is situated to the west of the temple at a height of 21,650feet.

Also, at the foothills of this mountain, footprints of Lord Shiva are seen on a large rock. Mana, the last Indian city before the Chinese border, is just about six kilometers away from Badrinath. Vasudhara falls, about 5 km from Badrinath, is more than 400feet high at an altitude of 12,000 feet.

How to Get There

The journey depends on how you wish to travel. However, after a certain point you need to travel by road. If you are travelling by flight, Dehradun, which is 314 km away from the destination, is the nearest airport. The nearest railhead is Rishikesh, 297 kms away from Badrinath. From here you can either book a taxi or take a bus.

However, if you have a mountain driving license then taking your own vehicle is the best idea. In any case, you must know that there is no accommodation available in Badrinath! Therefore, you need to halt at Joshimath, about 43 km from Badrinath. This helps you freshen up for the darshan at Badrinath the next morning.

So gear up for your journey into the Himalayas, to the most serene of all places: Badrinath. It can be guaranteed that you will never be able to erase the beauty of this place from your memory! 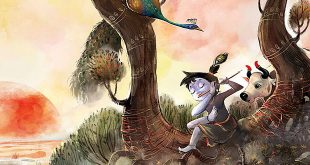 If you want to send Janmashtami Cards, read the article. Know how to send greeting …