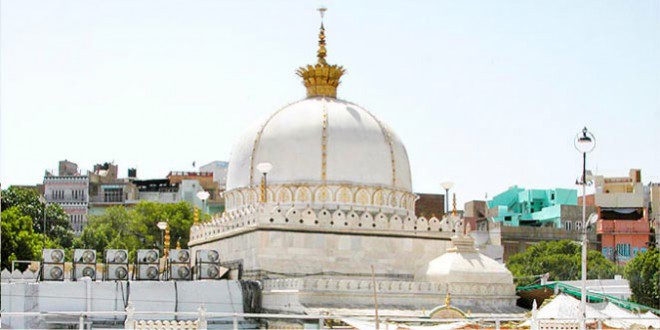 Islamism, Sufism and the Sufi tradition – all of them teaches us one thing – the message of peace, submission, surrender and obedience to Almighty God. Ajmer Sharif, better known to the world as Dargah Sharif of Hazrat Khwaja, is one of the most revered destinations for the theists, the ultimate place for spiritual redemption. The revered tomb of Hazrat Khwaja Moinuddin Chishti, the founder of the Chishti Sufi order, one of the most important Sufi organizations in India and Pakistan, draws hordes of devotees and afflicted mortals from far and near. This is the place where hopefuls across the world come to get their prayers answered and on fulfillment, offer flowers, chadar, degs, etc. to ‘Gharib Nawaz’. Ajmer Sharif has always been synonymous to spiritual enlightenment and is one of the holiest places of worship in India, not only for the Muslims, but also for the people of all faith, caste, and creed.

It was in the city of Ajmer that Hazrat Khwaja Moinuddin Chishti, one of the greatest spiritual redeemers of humankind, laid the cornerstone of Islam in India in the year 1192 A.D. Also known as, ‘Sultan-Ul-Hind’, this sanctum houses the mausoleum of the revered saint, which is the biggest attraction of the Dargah. Khwaja Moinuddin Chishti occupies a prominent place among the spiritual leaders of the world. Venerated as a symbol of love, harmony and truth, Khwaja Baba has forever been a source of immense inspiration and undaunted trust to his disciples. He was a Sayed, a descendant of Muhammad, who came from Persia and devoted his life to the service and upliftment of the underprivileged and the unfortunate. It is said that during his final year, the saint locked-up himself in a room for six days to pray and left his mortal body in solitude. He laid the foundation of the liberal Chishti order of Sufis in India and inspired millions of souls with his teachings. The first recorded pilgrimage to Ajmer Sharif was made in the year 1332 when the Turkic Sultan of Delhi Muhammad Bin Tughluq went to pay his homage to the Sufi Saint.

Apart from its stately structure, colossal silver doors, beautiful silver railing, courtyards, ‘daalaans’, and a marble and gold-plated screen that skirts the revered tomb of Khwaja Baba, there are plenty of other things to see and explore in Ajmer Sharif. One of the finest attractions of this place is the annual Urs of Moinuddin Chishti held every year in the month of May. It is the best time to visit this holy shrine. Legend has it that Khwaja ji locked himself in a room to pray for nearly six days and then left for his heavenly abode in solitude. Hundreds and thousands of devotees throng to this place during this time of the year to seek the holy blessings of the saint. ‘Kheer’, a sweet dish is prepared in huge cauldrons and is offered to the devotees.

While visiting the mosque during the Urs definitely makes sense, make sure to carry maximum protection to defend yourself against the singeing rays of the sun. Apart from the arid climate, the fanatic rush of disciples can also cause you grave discomfort. It’s best to postpone your trip to the later months of the year when the weather is lot more amicable.

By Air:
Ajmer doesn’t have an airport of its own. The closest airport to Ajmer is Sanganer Airport in Jaipur. Jaipur airport is well-connected to the neighboring cities. From Sanganer airport, you can hire a taxi or take a bus to Ajmer Sharif Dargah.

By Train:
Ajmer junction railway station lies on the Mumbai-Delhi railway route and is well connected to several cities. From the railway station, you can hire a rickshaw to reach the shrine.

By Bus:
Ajmer has a good network of roads that is well connected to the cities of Rajasthan. There are public and Volvo buses from Delhi, Jaipur, and Udaipur.

This revered edifice, restored and refurbished by a slew of Mughal Emperors, stands as one of the finest architectural specimen. Outside the premises of the Dargah, you will find professional singers called ‘Qawwals’ sit in groups and sing hymns in the praises of the saint.