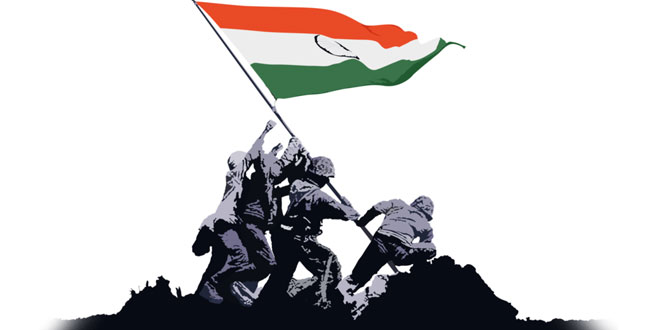 Below we have provided some slogans those are sure to ignite patriotism in you. Slogans have often proved their mettle, by acting as catalyst for many great revolutions in history. A small and wisely written slogan can make you feel the same passion as our freedom fighters once had.

These unique and meaningful slogans on India’s Independence Day can be used to make this celebration more effective and memorable especially for students. You can choose any Independence Day slogan to celebrate 15 August.

Find here best slogans on Independence Day (15 August) with the eye catchy images to make your this year’s independence day celebration full of joy and happiness: