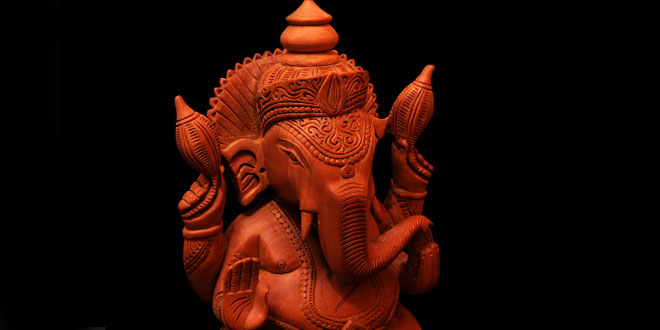 While worship of Ganesh is an age old practice, we do not really know when people first started celebrating Ganesh Chaturthi. According some historians, the festival started in Goa sometime before 10th Century AD. The practice was banned once the Portuguese occupied the state and Jesuit priests became all powerful. However, the Hindus continued to worship their beloved deity in private.

Some others are of the opinion that Chhatrapati Shivaji (1630–1680) started this festival in order to unite the Hindus in his fight against the Mughals. After his death, the tradition continued under the patronage of the Peshwas, who not only worshiped Ganapati in their homes, but also encouraged public celebration of the event. Later with the fall of Peshwas in 1818, the festival lost state patronage in Pune, but continued to be celebrated with much fanfare in Gwalior.

Much later in 1892, the public celebration of Ganesh Chaturthi in Gwalior inspired leaders like Bhausaheb Laxman Javale to reintroduce the event in Pune. The following year, it came to the notice of Bal Gangadhar Tilak, a respected social reformer and freedom fighter from Maharashtra. He not only took keen interest in it, but from 1894 onwards, he began celebrating it in different parts of the state at a much larger scale.

The ‘Sarvajanik Ganeshutsav‘, celebrated under the aegis of Lokmanya Tilak, was a grand public affair, funded by public collection. The festival, spread over a period of ten days, was intended to bridge the gap between brahmins and non-brahmins and spread the spirit of nationalism beyond the educated circle

Very soon, the celebration took up a larger dimension. Large idols began to be installed in different public pavilions or mandaps. Tilak also started the practice of submerging the idol in large water bodies at the end of the festival. Processions, music and food were part of the celebration and through it Tilak wanted to invoke celebration of national glory and patronage of Swadeshi goods by the common people.

Now Ganesh Chaturthi has become almost a pan-India festival. Today, it is celebrated in different states of the country, such as Gujarat, Karnataka, Tamil Nadu, Andhra Pradesh, Goa, Odisha, Madhya Pradesh, Chhattisgarh and especially in Maharashtra and Telangana.