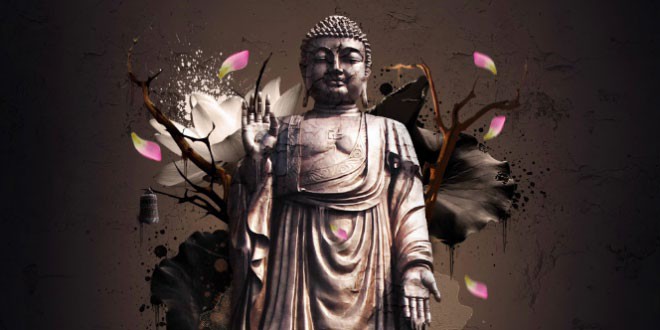 Buddhism Glossary Quiz for Students and Children: Siddhartha Gautama, the Buddha, was born into a royal family in present-day Nepal over 2500 years ago. He lived a life of privilege and luxury until one day he left the royal enclosure and encountered for the first time, an old man, a sick man, and a corpse. Disturbed by this he became a monk before adopting the harsh poverty of Indian asceticism. Neither path satisfied him and he decided to pursue the ‘Middle Way’ – a life without luxury but also without poverty.

Buddhists believe that one day, seated beneath the Bodhi tree (the tree of awakening), Siddhartha became deeply absorbed in meditation and reflected on his experience of life until he became enlightened.

By finding the path to enlightenment, Siddhartha was led from the pain of suffering and rebirth towards the path of enlightenment and became known as the Buddha or ‘awakened one’.

Test your knowledge of a few basic Buddhist terms.