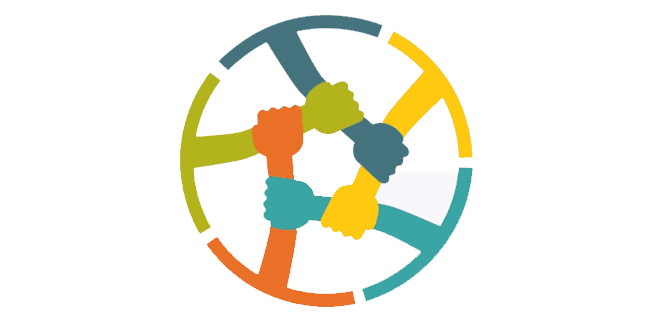 National Unity Day (also known as Rashtriya Ekta Diwas) is celebrated every year on 31st of October by the people all through India. It is celebrated to commemorate the birth anniversary of Sardar Vallabhbhai Patel who really unified the country. Rashtriya Ekta Diwas or National Unity Day was introduced by the Government of India in 2014 with the aim of celebrating this event every year on 31st October. The aim of introducing this event is to pay tribute to the great man, Sardar Vallabhbhai Patel, on his birth anniversary by remembering his extraordinary works for the country. He really worked hard in keeping India united.

National Unity Day (or Rashtriya Ekta Diwas) is the birthday (birth anniversary) of Sardar Vallabhbhai Patel, a famous personality for uniting India. This day was decided and introduced by the central government of India in New Delhi in 2014 in order to observe the birth anniversary of Patel every year as Rashtriya Ekta Diwas. It aimed to pay tribute to him for his great efforts made to unite India.

This day was inaugurated in 2014 by the Prime Minister, Narendra Modi, by paying floral tributes at the statue of Sardar Patel and flagging off a program known as ‘Run For Unity’ in New Delhi. This program was planned to highlight the efforts made by Sardar Patel for uniting country. At this day, a nationwide marathon is organized to increase awareness about Rashtriya Ekta Diwas and remember the great person.

Celebration of this occasion annually helps youth of the country to be aware of and provides an opportunity to everyone to maintain the integral strength of the nation. It makes Indian citizens to realize that how a national integrity helps in defeating the actual and potential threats for unity, integrity and security of the nation.

National Unity Day: How to celebrate

National Unity Day is an initiative celebrated every year to commemorate Sardar Vallabhbhai Patel’s birth anniversary. It is celebrated by the people of India by organizing variety of events. A floral tribute is given to the statue of Sardar Patel every year at the Patel Chowk, Parliament Street, New Delhi in the morning. Various programmes are organized by the government of India to mark the occasion such as run for unity, pledge taking ceremony march past by the Indian police. Run for Unity programme is held in the major cities, district towns and various places in the rural areas. Youths from the schools, colleges, universities, educational institutes, National Cadet Corps, National Service Scheme, etc take part in the programme very actively. It is organized at huge level in the National capital from Vijay Chowk to India Gate on the Rajpath at 8.30 am in the morning.

The second programme, which is organized most importantly in the government offices, public sectors, public institutions, etc, is pledge taking ceremony. It is organized to observe the occasion by truly taking the pledge in group. Third event organized at this day is march past by the police (central armed police forces including scouts, guides, NCC, NSS, home guards, etc) on the streets of major cities and district towns. Somewhere, a pledge taking ceremony is held after the march past of police.

Employees and staffs from the municipal corporation of many cities also take part in the National Unity pledge and later in the Run for Unity. Students from various schools and colleges also perform variety of cultural activities including banners and posters making in order to spread the message of unity and security, essay writing, speech reciting, quiz competition, paintings, rhyme recitation, art making competition, debate on the related topic, etc. The main objective of organizing variety of programmes at this day is to promote national integration among citizens of the India as well as maintain the unity and integrity of the country.

It has been requested by the Ministry of Human Resource Development to administer pledge taking in the schools and colleges so that students can be motivated and maintain the unity and integrity of the country in future. Thus, a notice has been issued by the Central Board of Secondary Education to administer the pledge in the schools.

Almost 250 centre coordinators has been appointed by the CBSE in schools all across India in order to organize the event in which more than 400-500 students come from the neighborhood schools at each centre to participate in the mass activities. Variety of activities play great role in conveying the message about importance of unity in maintaining peace, keeping public places clean, security, removing threats, etc in the country.

Pledge for Rashtriya Ekta Diwas / National Unity Day is as such: “I solemnly pledge that I dedicate myself to preserve the unity, integrity and security of the nation and also strive hard to spread this message among my fellow countrymen. I take this pledge in the spirit of unification of my country which was made possible by the vision and actions of Sardar Vallabhbhai Patel. I also solemnly resolve to make my own contribution to ensure internal security of my country.”