Boy Dancing In Delight After Getting Prosthetic Leg

A video that is going viral online has touched the hearts of thousands across the world. The video shows a boy from Afghanistan dancing in joy after receiving a Prosthetic leg. According to Roya Musawi, who shared it on Twitter, the video shows a young boy named Ahmad, who lost his leg in a landmine explosion in the Logar Region of Afghanistan. Happiness is evident on Ahmad’s face as he dances around his ward even as other patients smile on.

The 20-second clip was shot at an International Red Cross orthopedic center in Afghanistan.

Watch the heartwarming video below:

Dancing Afghan amputee boy goes viral: Video of a five-year-old Afghan amputee which shows him joyously dancing after being fitted with a new leg has been widely shared online.

The touching video has been viewed over 3 lakh times since being shared online. It has also collected over 16,000 ‘likes’, and a ton of comments praising Ahmad’s resilience and spirit. Many in the comments section also thanked the Red Cross for their work in the war-torn country.

Beautiful and uplifting. Thanks to @ICRC_af Ahmad is able to dance again. https://t.co/PcpjQbM9ZP

According to the United Nations Assistance Mission in Afghanistan, the conflict in the country killed has resulted in the injury, even death, of thousands of civilians, including children.

“In addition to the lives lost, the dire security situation is preventing many Afghans from enjoying their economic, social and cultural rights, with thousands of children already handicapped for life because of attacks on schools and medical facilities,” said UN High Commissioner for Human Rights Michelle Bachelet. 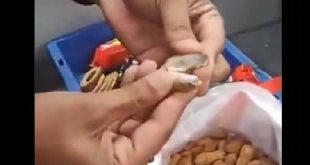