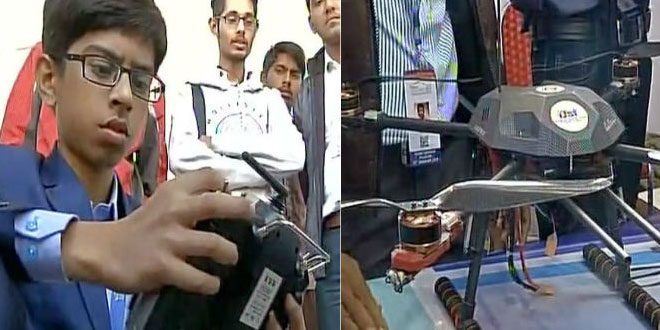 Harshwardhan Zala is a name we are likely to remember in years to come. The 14-year-old student from Gujarat has just signed a Memorandum of Understanding (MoU) worth Rs. 5 crore with the state government at the Vibrant Gujarat Global Summit.

This young man, who is a Class 10 student, has designed an elegant solution using which drones can not only detect but also diffuse landmines on war fields, potentially saving many lives.

The teenager built three prototypes to clinch the deal with the state’s Department of Science and Technology.

Speaking to media, this child prodigy said, “The inspiration struck when I was watching television and learned that a large number of soldiers succumb to injuries sustained due to landmine blasts while defusing them manually.”

So far he has spent about Rs. 5 lakh in building his prototypes and has also started his own company, ‎Aerobotics7 Tech Solutions. He is now working on a viable business plan to attract more investors.

The drone solutions that Harshwardhan has been working on are outfitted with an infrared sensor, thermal metre and an RGB sensor. They also have a 21 mega-pixel built-in camera. So during war-time, the army can potentially send these drones to survey minefields, pick up the locations of landmines, and submit their findings to the base-station remotely. In addition, these drones come with bombs that can immediately destroy landmines they spot.

Harshwardhan has always been interested in science and innovation and his parents keep encouraging him. They spent Rs. 2 lakh to fund his first two prototypes before the state government stepped in. He has already filed a request to patent his solutions too.

He notes that he harbours dreams of making his company bigger than Apple or Google. Given his tenacity, we are sure that he might just succeed! 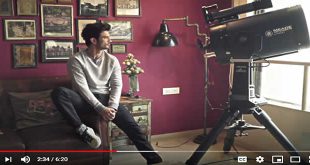 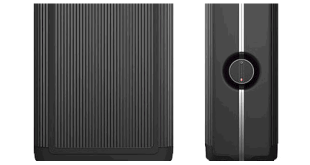