Panipat is an upcoming 2019 Indian historical war film directed by Ashutosh Gowarikar. Based on the Third Battle of Panipat, it stars Arjun Kapoor, Sanjay Dutt and Kriti Sanon and is scheduled to release on 6 December 2019.

In the 18th century, the Marathas emerge as the most powerful empire in the whole India. However, their happiness is short lived as the Afghan King Ahmad Shah Abdali plans to take over India and the Maratha Peshwa orders Sadashiv Rao Bhau to stop him at any cost, thus leading to a battle between the two army.

On 30 November, 2018, Gowariker and the cast tweeted a promotional poster to announce the beginning of principal photography. On 30 June 2019, Sanon wrapped up shoot by posting pictures and notes for Gowariker and Kapoor.

The first teaser poster was released on 15 March 2018.

On 5 November official trailer of the film was launched by Reliance Entertainment.

Ajay Atul are composing the music for the film. The songs are written by Javed Akhtar.

At the very outset, I would say that Ashutosh Gowariker’s Panipat has a lot of merit. For starters, it takes care to breakdown and demystify the third battle of Panipat fought by the Marathas and their allies against the Afghan invader Ahmad Shah Abdali. Given the director’s fascination with history and period dramas, Panipat obviously is a continuum of his labour of love. Unfortunately, the simplistic approach, which worked like a charm for his 2008 magnum opus Jodhaa Akbar is no longer sufficient to satisfy the audience. In the recent years it is Sanjay Leela Bhansali style of cinematic extravaganza seen in films like Bajirao Mastani and Padmaavat that have gained currency. To add to this, 2019 also saw well-mounted historical dramas like Kesari, thus obviously raising the bar and audience expectations much higher.

Panipat, a film about Maratha warrior Sadashiv Rao Bhau who staves off Afghan ruler Ahmad Shah Abdali, disappoints only because of a linear screenplay that fails to rouse dramatic emotions so important to historical. It fails to effectively exploit the creative tropes that are key to historical – namely palace intrigue or battlefield treachery. That songs spring up frequently for no particular reason serving no purpose other than slowing down the narrative does not help the film at all.

The film’s story is set in times when Mughal empire was in decline and Maratha power was on the rise and as mentioned earlier, the attention to detailing of the factors that led to Abdali’s invasion are praiseworthy. The screenplay reels out these details of alliances on both sides with textbook perfection but fails to whip up emotions.

Panipat could have been a roller coaster historical-war thriller or even an action film if it kept the spotlight firmly on Abdali and Sadashiv Rao, but it squanders screen time on domesticity instead. When one goes into a film named Panipat, one expects a war film with the romance, if any, in the background. But, here it plays such a significant part that it takes away all the high points achieved in the battle scenes and reduces them to filler-like proportions. The lead up to the battle in the film’s second half is particularly engaging but it is too little too late.

The cast has a good ensemble of actors including Sanjay Dutt, Mohnish Bahl, Padmini Kolhapure, Zeenat Aman, Suhasini Mulay and Kunal Kapoor playing key characters. They certainly evoke curiosity, but the one who remains most watchable of all, was undoubtedly Sanjay Dutt as Abdali. Actors often complain that in costume dramas, costumes often wear them, but with Dutt as the swashbuckling Afghan, it’s the other way around. His imposing presence looms large over the film and courtesy his impeccable villainous actions, Dutt makes quite an impression.

However, the lion’s share of attention is reserved for Arjun Kapoor as Sadashiv Rao and Kriti Sanon as Parvati Bai. The young stars despite their sincere performances fall short of expectations. Unlike his contemporary Ranveer Singh, Arjun Kapoor, the protagonist-in-chief seems out of place in this period drama. Sanon is fiesty but hamstrung by a significant but underwritten part.

Towards the end of the film it is evident that Panipat, despite attempts to be an epic saga, loses the battle. 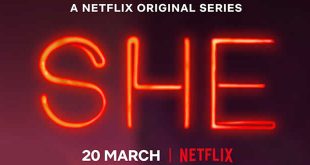 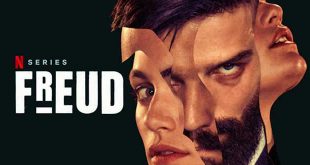 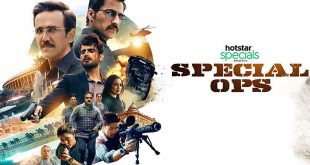