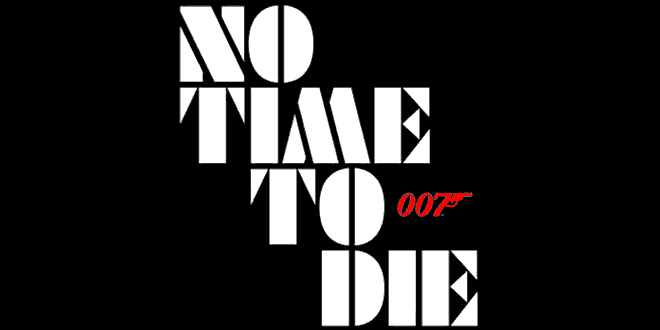 No Time to Die is an upcoming spy film directed by Cary Joji Fukunaga, and the twenty-fifth installment in the James Bond series to be produced by Eon Productions. The film features Daniel Craig in his fifth outing as the MI6 agent James Bond. Ralph Fiennes, Naomie Harris, Ben Whishaw, Rory Kinnear, Jeffrey Wright, Léa Seydoux, and Christoph Waltz reprise their roles from previous films, with Rami Malek, Ana de Armas, Lashana Lynch, David Dencik, Dali Benssalah and Billy Magnussen joining the cast. It will be the first film in the series to be internationally distributed by Universal Pictures, following the expiration of Columbia Pictures’ contract after Spectre.

Development of the film began and confirmed in 2016. Universal Pictures and United Artists Releasing acquired the distribution rights internationally; in the United States, United Artists Releasing holds the rights, and Universal will also release the film on home media domestically. Danny Boyle was originally attached to direct and co-write the film with John Hodge; both left due to creative differences in August 2018. Fukunaga was announced as Boyle’s replacement a month later. The majority of the cast had signed on by April 2019. Principal photography lasted from April to October 2019.

James Bond has left active service when his friend, the CIA officer Felix Leiter, enlists his help in the search for a missing scientist. When it becomes apparent that the scientist was abducted, Bond must confront a danger the likes of which the world has never seen before.

Development of No Time to Die began in the spring of 2016. As Sony Pictures’ contract to co-produce the James Bond films with Metro-Goldwyn-Mayer and Eon Productions expired with the release of Spectre, another major film studio was expected to land the distribution rights to release the film. In April 2017, Sony Pictures, Warner Bros., 20th Century Fox, Universal Pictures and Annapurna Pictures entered a bidding competition to win the distribution rights. It was announced that MGM had secured the domestic, digital and worldwide television rights to the film. Universal was announced as the international distributor of the film and holder of the rights for physical home entertainment distribution.

The scriptwriters Neal Purvis and Robert Wade—who had worked on every Bond film since The World Is Not Enough—were approached to write the script in March 2017. Sam Mendes stated that he would not return as director despite the success of his previous two Bond films, Skyfall and Spectre. Longtime favorite Christopher Nolan ruled himself out to direct. By July 2017, Yann Demange, David Mackenzie and Denis Villeneuve were courted to direct the film. In December 2017, Villeneuve opted out of the role due to his commitments to Dune. In February 2018, Danny Boyle was established as a frontrunner for the directing position and Boyle’s original pitch to Broccoli and Wilson saw John Hodge brought onto the project and writing a screenplay based on Boyle’s idea, with Purvis and Wade’s version scrapped. Hodge’s draft was greenlit, Universal secured the film’s distribution rights, and Boyle was confirmed to helm the film with a production start date of December 2018. However, Boyle left the production in August 2018 due to creative differences, and the film’s release date became contingent on whether they could replace Boyle with a suitable director within sixty days. A spokeswoman for Hodge confirmed that he also was no longer involved. With Boyle’s departure, several directors from film and television were considered for the position, and Cary Joji Fukunaga was announced as the new director in September 2018 via the official James Bond Twitter account. Fukunaga became the first American in the history of the series to direct an Eon James Bond film. Linus Sandgren was hired as cinematographer in December 2018; Dan Romer was hired as composer in July 2019, having previously scored Fukanaga’s Beasts of No Nation and Maniac.

With Boyle’s departure, Purvis and Wade were brought back to rework the script in September 2018. Casino Royale screenwriter Paul Haggis was brought in to rewrite Purvis and Wade’s script in November 2018. Scott Z. Burns was brought on to work on the screenplay in February 2019. At Craig’s request, Killing Eve writer and creator Phoebe Waller-Bridge provided a script polish in April 2019 to add more humor and to make the characters more believable. Waller-Bridge is the second female screenwriter credited with writing a Bond film after Johanna Harwood co-wrote Dr. No and From Russia with Love. Producer Barbara Broccoli announced that Bond’s attitude towards women would change in No Time to Die as a response to the Me Too movement. Waller-Bridge argued that the character of Bond had to stay true to its original creation and that it was the responsibility of the wider film industry to treat women more respectfully.

The film entered production under the working title Bond 25. No Time to Die was announced as the name of the film via the official James Bond website and social media accounts on 20 August 2019. No Time to Die shares its title with a 1958 film directed by Terence Young, produced by Albert R. “Cubby” Broccoli and written by Richard Maibaum, the original director, producer and writer of the James Bond films.

No Time to Die Movie Trailer:

No Time to Die Movie Review: