Debamitra had filed a commercial arbitration petition on Bombay High Court which had ordered a stay on the release of its trailer, over non-payment of dues by the makers of the film Woodpecker Movies Private Limited; the stay was later lifted. The film is scheduled to release on 15 November, 2019.

The film was shot extensively in Bhopal, Madhya Pradesh.

The biggest achievement in India is leaving it.

An old joke, it has been told often but still hasn’t lost its sting. Perhaps because like all good jokes, its foundation lies in truth.

In Motichoor Chaknachoor, Athiya Shetty’s Anita Tripathi aka Ani has but one dream – to leave India for foreign shores and update her Facebook account with photos taken against the Statue of Liberty, or the London Eye or even the Burj Khalifa. If push comes to shove, she will settle for Pashupatinath Temple, but India will simply not do. She has decided she will marry a visa — find a suitable boy who is settled in ‘phoren’ and relocate post the saat pheras.

Her friends have done it, and countless Indian women before them. This doesn’t make the practice any less regressive, or the premise of the film any less problematic.

The yin to her yang is Nawazuddin Siddiqui’s Pushpinder Tyagi. A Bhopal lad, who has been working in Dubai for the last seven years, his once-in-three-years visits home are in the hope of finding a bride. He is pushing 40 and hoping that the ‘laine of brides’ his mother (Vibha Chibber) keeps on bragging about will finally materialize.

This ‘brahmachari’ is close to the breaking point but mommy (Vibha) has her own agenda. Her plan is to find a fat dowry for Pushpinder with which she will marry off his sister. In one telling dialogue, Pushpinder mentions to a prospective bride that she is a woman and he is a man and that’s enough to get married, while his mother is clear that nothing less than Rs 25 lakh and the suitable amount of gold will do. The problems in the film’s premise is nothing short of a Gordian knot, as tangled in patriarchy as it is – a woman who is training to be a lawyer is not considered good enough as she is overweight, with a samosa-jalebi joke thrown in for cheap laughs; wedding is the end-all and be-all of a woman’s existence and a single aunt is never allowed to forget it, and then there is the issue of a man slapping a woman and the film’s deeply disturbing treatment of it.

Cinematic slaps have rung loud in 2019 but have not stopped people from heading to theatres. If Kabir Singh did it as a blockbuster, Motichoor Chaknachoor may do it on a smaller scale.

The film does register as a comedy. To a large extent, the film’s leads and ensemble cast bring alive the small-town milieu. The ever-reliable Nawazuddin is a win as a sex-deprived man who cannot go against his mother. Nawaz eats up the scenery as he channels the frustration and confusion of the mild-mannered Pushpinder. Athiya is the true revelation of the film as a feisty small-town girl. She gets the Bundelkhandi dialect right and tries to match pace with Nawaz. While she does fall short in the stretched emotional sequences, there is tremendous improvement since 2017’s Mubarkaan.

The characters who inhabit this world are identifiable and relatable. From the parents and siblings to the mausi and daadi, the film gets the small-town India and the people who inhabit it absolutely right. While that has been the flavour of Bollywood for some years now, the success rate is not so encouraging. I always do a little mental jig when Bollywood does get it right.

And then there are the dialogues – you may or may not agree with what they are saying but you cannot overlook their vim and vigour. The well-done Bundelkhandi dialect makes it more rooted. 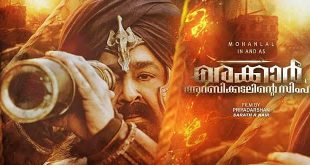