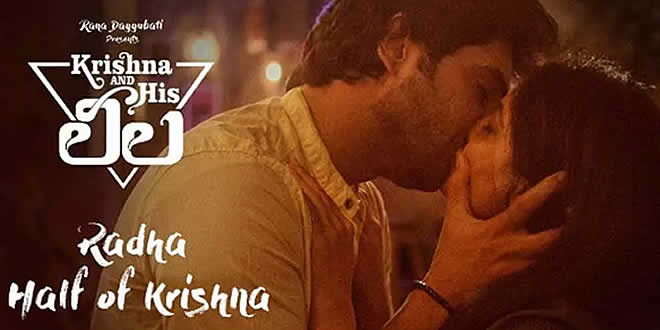 Krishna and His Leela is a 2020 Indian Telugu-language romantic film, directed by Ravikanth Perepu and produced by Suresh Productions, Viacom18 Motion Pictures and Sanjay Reddy. It features Siddu Jonnalagadda, Shraddha Srinath, Seerat Kapoor and Shalini Vadnikatti in the lead roles. This is Ravikanth Perepu’s second film after 2016 mystery-thriller Kshanam. The music was composed by Sricharan Pakala. The film was released directly on 25 June 2020 on Netflix.

Krishna and His Leela: Movie Plot

The film begins somewhere in Himalayas, with Krishna narrating his story. The story starts at his hometown, Vizag where Sathya breaks up with him and leaves for Bangalore for her job. Krishna though heart broken, decides to move on. After a while, Krishna stumbles upon Radha, his junior and they eventually fall in love with each other. Later, He too leaves for Bangalore for his job and moves into Arya’s (his sister) apartment, where he meets his roommate Rukhsar. On an evening, Krishna runs into Sathya at a party. He tells her about his relationship with Radha while Sathya is still single and left her job to pursue career as a full-time Bharatanatyam dancer. Radha after knowing that Krishna met Sathya flies to Bangalore, after which they along others go to Coorg for weekend. Sathya tries to contact Krishna but he deliberately ignores her calls.

“Krishna and his Leela” and “Bulbul” Anushka Sharma Netflix review

Krishna who wants to clarify Sathya about his relationship status meets her at a dance auditorium. However, Sathya while practicing, fractures her foot and is confined to bed rest for a week. Krishna, now left his job, decides to help Sathya and moves into her apartment. Radha, who is furious after knowing that Krishna has been with Sathya for a week, breaks up with him. Sathya and Krishna now grew closer to each other and decide enter into a relationship again. Meanwhile, Radha comes back to Krishna, telling him that she was pregnant after their Coorg trip and apologizes to him for being harsh. Krishna sympathetically consoling her, lies that he hasn’t seen Sathya in a while.

Arya’s marriage is fixed and she wants to invite their estranged father, much to the anger of Krishna, who later agrees reluctantly. Then Krishna asks Sathya not to attend his sister’s wedding at Vizag, fearing that she might bump into Radha. However, Sathya still ends up at the wedding after receiving a video of Krishna drunkenly telling that he misses her. At the wedding’s sangeeth, Sathya and Radha both desired a dance duet with Krishna, putting him in a fix. Krishna’s father after observing this, decides to escape his son from the situation by throwing him into a pool. Later at a bar, Krishna’s father tells him that he eventually has to pick one among the two and asks to be true to his heart, cautioning not to repeat the mistake that his father did by leaving his mother. Krishna decides to confess Sathya and Radha that he was in a relation with both of them at the same time. He lets go of both of them as he cannot pick one among the two.

Krishna ends his narration and his story is now published as book titled “Krishna and His Leela.” Later, Krishna attends Sathya’s wedding where he meets all his pals except Radha who has left for abroad. The film ends with Krishna proposing Rukhsar for marriage.

Hinduphobic @NetflixIndia series “Krishna & His Leela” is showing Krishna having sexual affairs with multiple women & one Radha. Targeting & Mocking Hinduism. Why does Indian Cinema think they can insult Hindus? Why don’t they do a series with Muhammad & Aisha? #BoycottNetflix pic.twitter.com/Ud4zXt7wvJ

Krishna and His Leela: Movie Review

Director Ravikanth Perepu, who has co-written this film with his leading man Siddhu Jonnalagadda, borrows names from mythology for his key characters and narrates a contemporary romance drama in which ex-girlfriends / boyfriends are mentioned with an air of casualness, while new bonds are forged.

After his directorial debut Kshanam (2016), Ravikanth negotiates a new, tricky territory. Had the characterization of Krishna faltered, he could come off as a cold Casanova.

Krishna (Siddhu) is an incurable romantic and the two women in his life are Sathya (Shraddha Srinath, as Sathyabhama) and Radha (Shalini Vadnikatti). The third crucial woman in this drama is Rukhsar (Seerat Kapoor), who can be perceived as a parallel to Rukmini. She watches the romance between Krishna, Sathya and Radha from the outside and is bemused.

In the opening portions, Krishna is somewhere in Ladakh, a place where most filmi heroes go when they suffer a break-up or, in this case, confused in love. Krishna begins to share his predicament and urges us, viewers, not to laugh at his plight. But that’s what I ended up doing, as his relationship travails unfold. His first love (as we get to know Krishna, it seems unlikely that he didn’t fall in love earlier in high school) is on the college campus. Sathya is senior to him; before we know the sweeter details of their romance, we learn that she has decided to move away, wanting some breathing space from the man-child whom she finds too clingy. She tells him that he needs to grow up.

Sathya moves to Bengaluru for work, and Krishna broods. But not for long. He chances upon Radha and instead of singing ‘Mustafa mustafa’ during the college farewell, croons ‘Kundanappu bomma’ from Ye Maya Chesave!

Radha is aware of Sathya and the break-up and doesn’t give it much thought until Krishna too lands a job in Bengaluru. The strains of the long distance bond notwithstanding, the happenstance meetings between Krishna and Sathya brings to fore Radha’s insecurities.

Ravikanth shows how Krishna and Sathya think they have grown up since college days. She apologises for the hurtful break-up. Krishna realises that he’s an indecisive romantic and hasn’t really moved on from Sathya. And has she?

The one who has the last laugh watching this muddle is Rukhsar (Seerat Kapoor), owner of a resto-bar and a co-inhabitant of the apartment with Krishna and his younger sister. No prizes for guessing that Krishna is attracted to her as well.

The meet-cute portions and Krishna’s wavering romance lead to hilarious moments until things take a serious turn. Krishna doesn’t really deserve to be let off the hook, and the explanation of why he’s made that way is a weak one. The brief conversation with his father, played by Sampath Raj, tries to put things in context. It brings back the question of whether upbringing doesn’t matter at all, if the two-timing trait can be blamed squarely on the genes. Jhansi is impressive in her brief role as his mother.

The women aren’t presented as pushovers and they certainly deserve better men.

I can’t think of a better portrayal from Siddhu in recent years and the women, especially Shraddha and Shalini, put in effective performances. Seerat plays the quintessentially cool part with elan.

So far, the direct OTT Telugu film releases haven’t given reason to cheer, to put it mildly. Krishna and his Leela is the first one to change that scenario. By the way, there’s scope for more drama going by the open end. Talking of the end, in an unexpected manner it also reminded me of World Famous Lover. That film was a missed opportunity while this one is fairly entertaining, though I wish it hadn’t made two-timing appear cool.