Jungle Cruise is an upcoming American adventure film based on the Disney theme park attraction of the same name. Directed by Jaume Collet-Serra, the film will star Dwayne Johnson, Emily Blunt, Édgar Ramírez, Jack Whitehall, with Jesse Plemons and Paul Giamatti, and is set for release on July 24, 2020, by Walt Disney Pictures.

Set during the early 20th century, a riverboat captain named Frank takes a scientist and her brother on a mission into a jungle to find the Tree of Life which is believed to possess healing powers. All the while, the trio must fight against dangerous wild animals and a competing German expedition.

In September 2006, it was announced that Jungle Cruise would be developed for Mandeville Films, with a script by Josh Goldstein & John Norville, rewritten by Alfred Gough and Miles Millar, loosely inspired by the theme park attraction of the same name. Details have not been forthcoming, apart from confirmation that the film is set in the twentieth century.

In February 2011, it was announced that Toy Story stars Tom Hanks and Tim Allen would star in the long-gestating film, with a script to be written by Roger S. H. Schulman.

In December 2018, it was reported that actor Jack Whitehall’s character would be homosexual and would have a coming out scene in the film with Dwayne Johnson. This would be the second incidence of a gay character in a Disney film, the first being Le Fou, portrayed by Josh Gad, in the 2017 live-action adaptation of Beauty and the Beast. There was some backlash over the report, with a few expressing outrage over a straight man being cast as a “camp” gay character.

On August 9, 2015, it was announced that Walt Disney Pictures was redeveloping its film adaptation based on Jungle Cruises, to star Dwayne Johnson. The script will be written by John Requa and Glenn Ficarra, and the film will be produced by John Davis and John Fox. The film is intended to hark back to its period roots. In April 2017, Johnson expressed his interest in having Patty Jenkins helm the project. In July 2017, Jaume Collet-Serra was announced as the director of the film.

Principal photography began on May 14, 2018, in Hawaii. Filming wrapped on September 14.

On January 23, 2019, it was announced that James Newton Howard is set to compose the score for the film.

Jungle Cruise is set to be released by Walt Disney Studios Motion Pictures on July 24, 2020. The film was originally scheduled to be released on October 11, 2019, but on October 19, 2018, Johnson announced on behalf of Disney that the film had been delayed to 2020.

On October 11, 2019, a first official trailer and a teaser poster were released. 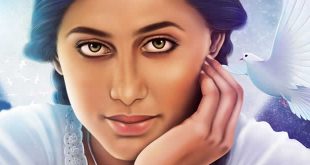