The Grudge is an upcoming American supernatural horror film written and directed by Nicolas Pesce, and produced by Sam Raimi, Rob Tapert, and Taka Ichise. A reboot of the 2004 American remake of the Japanese horror film Ju-On: The Grudge (both of which were directed by Takashi Shimizu), the film’s events take place at the same time as those of the 2004 film, and is the fourth installment in The Grudge film series. The film stars Andrea Riseborough, Demián Bichir, John Cho, Betty Gilpin, Lin Shaye and Jacki Weaver.

A sequel was announced in 2011, with a release date of 2013 or 2014. In March 2014, it was officially announced that a reboot was in the works, with Buhler set to write the script. In July 2017, filmmaker Nicolas Pesce was hired for rewrites, based on Buhler’s script, and to direct the film. Principal photography on the film began on May 7, 2018, in Winnipeg, Manitoba, and finished on June 23, 2018.

The film is scheduled to be released in the United States on January 3, 2020, by Sony Pictures Entertainment.

A fourth installment in The Grudge film series was first announced in August 2011, to be developed by Ghost House Pictures and Mandate Pictures. It was also announced that the film would serve as a reboot, though it was not confirmed whether the film would get a theatrical release or be released direct-to-video like The Grudge 3. Later in November, Roy Lee, who was an executive producer of the previous three films, revealed that the producers were still undecided on what the fourth American installment would entail. According to Lee, they were still “hearing takes from writers on what they could bring to the table on what their thoughts are on a new version”.

On March 20, 2014, it was announced that Jeff Buhler had been hired to write the script and that the film would be produced by Ghost House Pictures and Good Universe. Buhler later confirmed in April that the film would not be based on the 2004 film or any of the Japanese Ju-On films. Instead it would introduce new ghosts, characters and a new mythology. Buhler also clarified that although the mythology would be pushed forward, they still tried to keep the “concept and spirits” of the films. It was also reported that the character of Kayako Saeki, who had been a central character of the previous three installments, will be absent from the reboot.

In early July 2017, it was announced Nicolas Pesce had been hired as director and that he would be rewriting Buhler’s draft of the script. It was unknown whether the reboot will retain the characters of Kayako and Toshio, though Pesce has stated that it will be “[much] darker, grittier, and more realistic”.

In April 2018, Jackie Weaver, Betty Gilpin, William Sadler and Frankie Faison were cast in the film.

The Grudge is scheduled to be released by Sony Pictures Entertainment on January 3, 2020. 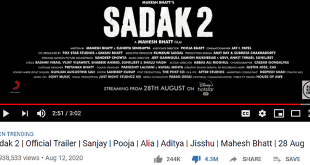