American car designer Carroll Shelby and driver Ken Miles battle corporate interference, the laws of physics and their own personal demons to build a revolutionary race car for Ford and challenge Ferrari at the 24 Hours of Le Mans in 1966.

Ford v Ferrari (titled Le Mans ’66 in the UK) is an upcoming action biographical drama film directed by James Mangold, and written by Jez Butterworth, John-Henry Butterworth and Jason Keller. It stars Matt Damon and Christian Bale, while Jon Bernthal, Caitriona Balfe, Tracy Letts, Josh Lucas, Noah Jupe, Remo Girone and Ray McKinnon appear in supporting roles. The film follows an eccentric, determined team of American engineers and designers, led by automotive visionary Carroll Shelby and his British driver, Ken Miles, who are dispatched by Henry Ford II and Lee Iacocca with the mission of building from scratch the Ford GT40, a new racing car with the potential to finally defeat the perennially dominant Ferrari at the 1966 24 Hours of Le Mans race in France.

It is scheduled to be released on November 15, 2019, by Walt Disney Studios Motion Pictures under the 20th Century Fox banner.

A film based on the rivalry between Ford and Ferrari for the dominance at Le Mans endurance race has been in works at 20th Century Fox. Initially, it was going to star Tom Cruise and Brad Pitt from an original screenplay by Jason Keller and based on A. J. Baime’s 2010 book Go Like Hell: Ford, Ferrari, and Their Battle for Speed and Glory at Le Mans, but the project fell apart after a script was drafted by writers Jez Butterworth and John-Henry Butterworth. On February 5, 2018, it was announced that James Mangold has been brought on board to direct a film about the rivalry between Ford and Ferrari leading up to 1966 Le Mans race based on the previous script by Jason Keller, Jez Butterworth and John-Henry Butterworth. Later on Caitriona Balfe, Jon Bernthal and Noah Jupe joined the cast. In July 2018, Jack McMullen was cast in the film to play one of Miles’ key British mechanics, and Tracy Letts also joined to play Henry Ford II, along with Joe Williamson. In August 2018, JJ Feild was cast in the film to play the automotive engineer Roy Lunn, the head of Ford Advanced vehicles in England and the right-hand man to Henry Ford II. Composer Marco Beltrami confirmed in an interview that he would be scoring the film, Beltrami previously worked with Mangold on 3:10 to Yuma, The Wolverine and Logan.

The film is scheduled to be released on November 15, 2019, in 2D, IMAX 2D and Dolby Cinema, by Walt Disney Studios Motion Pictures under the 20th Century Fox banner. It was previously scheduled to be released on June 28. The first trailer for the film debuted on June 2, 2019, during Game 2 of the 2019 NBA Finals between the Golden State Warriors and the Toronto Raptors.

Both as a racing drama and as an excellent example of the sort of movie that Martin Scorsese believes isn’t made anymore, Ford v Ferrari is exquisite. Directed by a filmmaker in near total command of his craft, James Mangold’s carte blanche follow-up to Logan is the closest any recent film has come to replicating the indescribable feeling of watching a real race.

It is pulse-pounding and propulsive, despite a two-and-a-half hour runtime. The racing sequences are so authentically mounted that you can almost smell the burning rubber as the squealing tyres pierce your soul and your seats shudder every time a car roars across the screen.

It simply won’t be as enjoyable an experience at home, and in that regard, Ford v Ferrari is a lot like Clint Eastwood’s Sully — a truly cinematic picture, made in America, about everyday American heroes.

Faced with dwindling sales, Henry Ford II, forever overwhelmed by the legacy of his illustrious father, decides that the best way to reverse the fortunes of the iconic company would be to stage an elaborate PR manoeuvre. After his obnoxious display of wealth is roundly rejected by Enzo Ferrari, Ford resolves to humiliate him on the world stage, at an event with which the Italian manufacturer is synonymous.

Ford seeks out the services of visionary automative designer Carroll Shelby (Matt Damon), and tasks him with creating a car that could challenge Ferrari at the 24-hour Le Mans race in France — an endurance test that is as much about speed as it is about the resilience of the men controlling the machines.

And to achieve this near impossible task — Ford has no history of racing — Shelby bats for the perpetually greasy, Typhoo drinking, eccentric English driver, Ken Miles (Christian Bale). Miles has a history of being difficult to deal with, which is one of the reasons why, despite being blessed with unmatched instinct and skill, he has been permanently pitted by the racing community.

Bale is quite tremendous in the role; like Miles, keenly aware of precisely when to put his foot on the gas, and more importantly, exactly when to ease off. He pitches his performance ever so slightly over-the-top, acutely aware of the kind of film he’s in. Because despite being a drama geared at a modern multiplex audience, Ford v Ferrari is delightfully old-fashioned in its execution — everything is dialled up; every emotional beat, every animalistic grunt, and every swerve around a hairpin bend; to create a uniquely communal experience.

And perhaps because Mangold got carried away by evoking old-school Hollywood moviemaking, the secondary characters are rather thinly sketched. As Miles’ long-suffering (and slavishly devoted) wife, Catriona Balfe has been saddled with a role that would have felt outdated even two decades ago. Often, she is restricted to palpitating in solitude, as her man risks his life making the moolah. In a couple of scenes, she is literally reduced to the worrying wife stereotype, and I’m convinced Balfe has more screen time with a telephone, or a cup of tea, than with Bale.

It is unfortunate that such a refined film is ultimately reduced to a battle of bruised male egos. Had the comically villainous Enzo Ferrari not rebuffed Ford’s offer to buy his company off, none of this would’ve happened. But to its credit, the film taps into this idea rather admirably — both Miles and Shelby were nothing more than tiny cogs in a giant corporate machine, their singular achievements dwarfed by the commerce that controls them all. As Miles ruefully says towards the end, right before a shot that reminded me of Casablanca of all films, “All (Ford) wanted to do was sell cars.” And what beautiful machines they are, shot with almost fetishistic practicality by Mangold’s longtime cinematographer Phedon Papamichael.

As exhilarating as Ford v Ferrari is, it begins and ends with moments of quiet introspection. It is a remarkable achievement, and deserves to be seen big and loud. 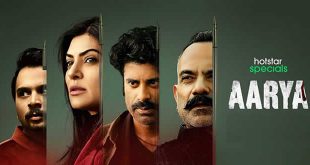